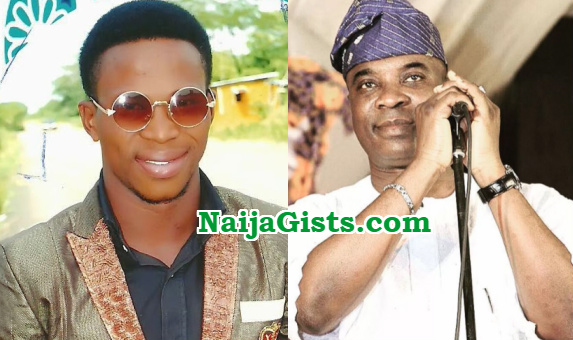 In a chat with Saturday Beats, Samsudeen Balogun, said that he was at the event when KWAM 1 made the statement and he was shocked at his remark.

He added that he never expected that KWAM 1 would make such a statement because his father loved him more than his biological children and was very proud of his achievements before his death.

“I was present at the event where KWAM 1 made the statement that Barrister is not the originator of fuji music during a programme organised by an alcoholic drink in Airport Hotel. He was invited to talk about how fuji music affects the society. I was at the event even though that was not my aim of being at that premises. When he got there, he did not see me because I was in the crowd and I did not rush to greet him.

When he began to make those statements, I was so surprised. He said that the name fuji was not derived from any mountain anywhere and it had been played before Dr. Sikiru Ayinde Barrister, I was so shocked. I could not believe he was the one talking. It was like a dream. When he said it that day, I was very upset and shortly after the programme, I was interviewed, the clip is on YouTube. I debunked all that he said because I had asked my father this same question so many times and he confirmed to me that he got the inspiration of fuji music from Mount Fuji in Japan which signifies love and peace.

My father told me that since his music signifies love and peace, he adopted that name. My father did not only tell me this, he had said it so many times and there are numerous interviews online where he was talking about it. I could not believe that Alhaji Wasiu could talk the way he did that day. I do not know what anybody stands to gain from what he is doing. It is so unfortunate because he is a man that I love,”.

“If KWAM 1 said that he was the one that single-handedly buried Alhaji Sikiru Ayinde Barrister, I don’t know what he means by that because I know that it was the Lagos State government that buried him. In fact, from the time he was sick till his death, it was the state government that took care of everything. The money that was used to bury him was given to Alhaji Buhari Oloto by the state government and they made sure that they spent the money judiciously. It was in my presence that they received the money and Alhaji Buhari Oloto spent the money the right way because he was the head of the committee. KWAM 1 was taking orders from Alhaji Buhari Oloto. So where he got his own story from, I do not know. I do not know what is happening in his mind but the question on our lips is that what does he stand to gain with all these things that he is saying? We don’t really understand,” .

Personally, KWAM 1 is like a father to me; we were very close but not anymore. We used to talk on several issues and he always gave me advice. In fact, when my father was alive, he always asked me why I was so close to KWAM 1 but I just like him because of the way he does his things but since my father died, I do not understand him anymore, he has really changed and I do not know him anymore. He is the only one that knows why he is making the statements he has been making recently. It is Lagos State government that buried my father and the whole family knows it and we are very grateful for that.

My father always saw KWAM 1 as his own son; he loved KWAM 1 even more than his children and he always used to boast about KWAM 1 that he was his achievement in fuji music. My father was very proud of him and loved him a lot. Nothing could have transpired between them. We don’t know what is going on now”