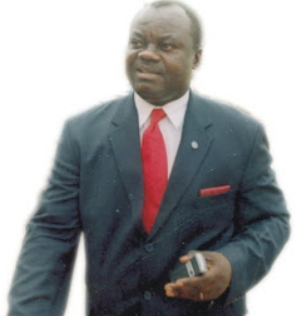 The Chairman of Benin Law Week organizing Committee of the NBA has been kidnapped.

The popular lawyer was abducted on Monday evening near Okhuaihe village along Benin-Aghoro-Onitsha express road.

According to sources, Barrister George Igbokwe was heading to Enugu ahead of a court case scheduled for Wednesday when some gunmen suspected to be kidnappers abducted him.

Edo state police spokesperson, Moses Nkombe said the force is already on the trail of the kidnappers. He assured that the kidnapped lawyer would soon be freed.