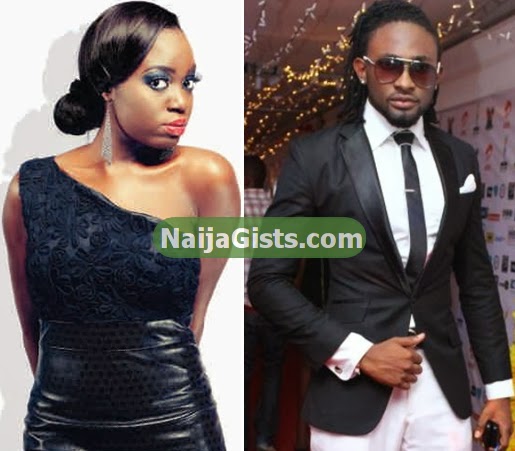 In a recent interview, Seun Oni was quoted to have said, “I don’t like to put my personal business out there. I have known Uti for a while. He was in my only video. I met him prior to shooting the video because he helped me to bring some of the things I used in the video from England. We started talking, hanging out and then this!

“We are in love. He is a honest and genuine person. People will always say things about him, which obviously are not true. But this will not stop him from being him. He is God-fearing, funny and, of course, good-looking. This affair is no publicity stunt, even though I know Uti is a big brand and I am only an emerging brand.”

Few days ago, NaijaGists.com broke the romance story of Uti and Saeon (read it here) after Uti flaunted Saeon as his lover at an event..

An entertainment insider who sent us the exclusive gist said Uti is serious about this relationship unlike his past unsuccessful relationships.

Before now, Uti Nwachukwu was rumoured to be actor Alex Ekubo’s gay partner, a story he later debunked.

Hope they work out.