Posted on December 29, 2017 by Naija Gists Leave a comment 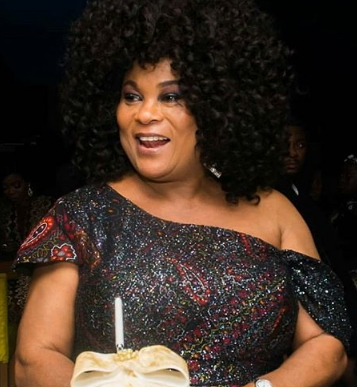 Veteran Nollywood actress Sola Sobowale who celebrated her birthday on Tuesday the 26th of December 2017 was treated to a mini surprise birthday dinner by her colleagues in the UK yesterday.

The actress was left speechless when cast members of ‘incase of incasity’ movie gave her a mini surprise at the Odeon Cinema in Greenwich South East London during the premiere of The Wedding Party Party 2. 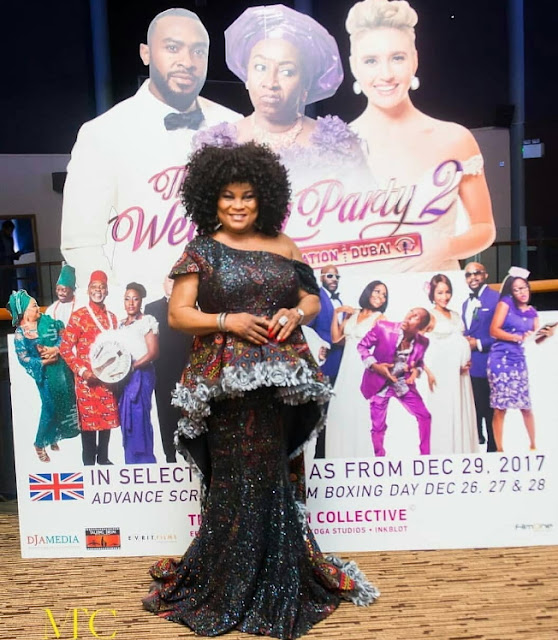 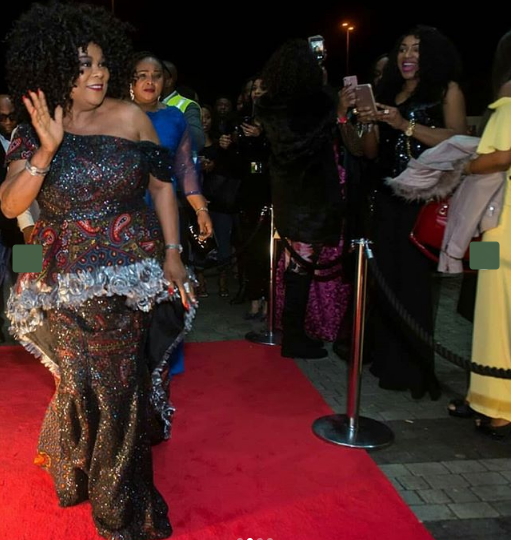 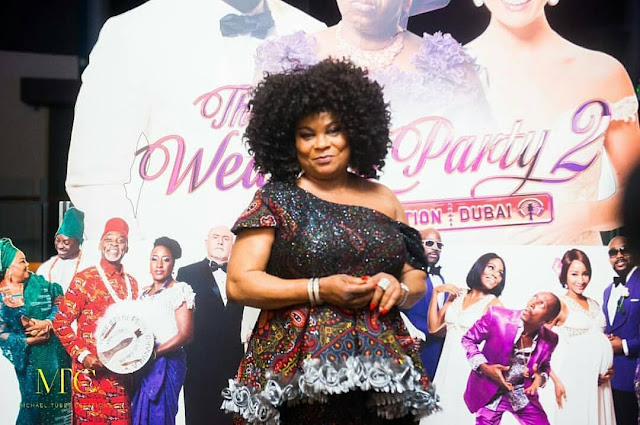 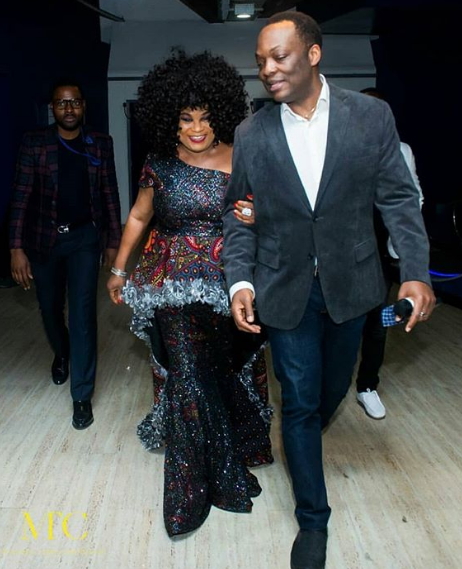 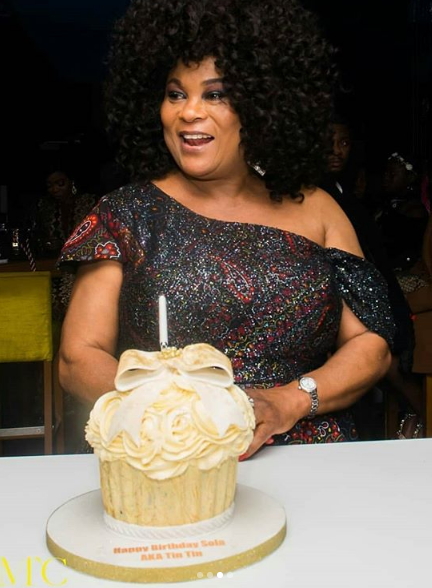