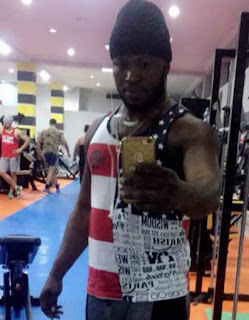 The 30-year-old deceased was gunned down yesterday at the Trans amusement park in Samonda area of Ibadan by a trigger happy soldier  attached to Oyo state Operation Burst and not the bar owner, Seyi Olusa as  claimed by the twin brother of the victim, Taiwo Adeleke.

Here is what a friend of the victim, Alli Akinoso said to counter Taiwo’s claim.

“I was at the car park and witnessed the whole thing. Kehinde’s junior brother, Damola, was having a fight with someone over parking slot. I tried to talk to him but he did not listen. Then the soldier came and beat him with a stick. He fell and we offered him water but he rejected it. When Kehinde showed up, Demola stood up and approached the soldier violently.

“I saw the siblings struggling with the soldier. That was when the shooting began; then Kehinde fell to the ground. I tried to resuscitate him but there was nothing I could do. Taiwo was not at the scene, he was at the bar, he only came after the shooting and I was the first person he saw. He attacked me and tore my clothes. I still have the clothes with the victim’s blood on it.

“I saw him at the scene when the fight started, he was trying to mediate but left when the Operation Burst team came. The car park is about 100 meters to the bar. He was not there when the shot was released. It is difficult to snatch a rifle from a soldier and return it after using the same gun to kill someone.”