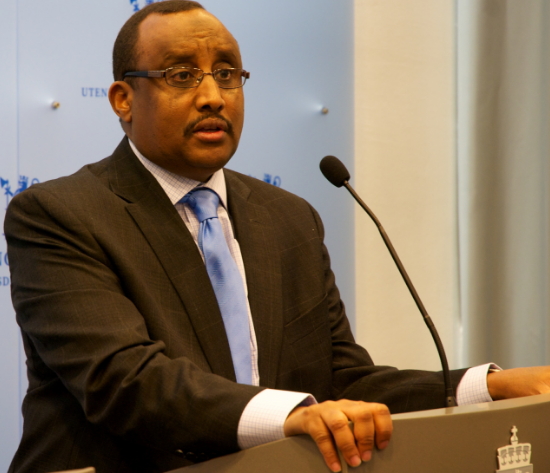 Somalia police on Wednesday confirmed that Abdiweli Mohamed, Head of National Security in Middle Shebelle region, was shot dead in Jowhar, on Tuesday by one of his bodyguards.

Ahmed Mohamud, a Police Officer in Jowhar, made the confirmation and said that Mohamed was killed in Jowhar.

He said in Mogadishu that two other bodyguards were wounded, while the assassin escaped and was being pursued by security operatives.

Mohamed said that residents of the community disclosed that the bodyguard who shot the security chief was a former member of al Shabaab, who had defected to the government.

Meanwhile, Sheikh Musab, Spokesman for the al-Shabaab, an al-Qaeda-linked group, which seeks to topple the west-backed government in Mogadishu and impose Islamic law or Sharia, has claimed responsibility for the killing.

“We are behind the killing of the head of the national security for Middle Shebelle region,’’ Musab said.

An African Union-mandated force, AMISOM, forced al-Shabaab from most of its strongholds in southern Somalia, but it continues to conduct deadly attacks on Somalia’s security forces, AMISOM and civilian targets, mostly in Mogadishu.

EFCC Says Fayose, Obanikoro & Others Shared N4.745Billion From $2.1B Dasuki Gate
Man In Court For Stealing A Bag Of Rice At Agbalata Market In Badagry Lagos