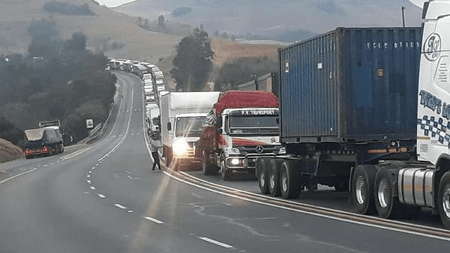 The recent xenophobic attacks on Nigerians and other Africans in South Africa have threatened the exceptionally foundation of our brotherhood that has long existed among Africans within and outside of the continent, which date back to the pre-colonial era till date. Most unfortunate, is the slow pace of response from the South African government to mitigate the outcome of the xenophobic attacks.

The attacks on foreign-owned shops began after South African lorry drivers started a nationwide strike to protest against the employment of foreign drivers. They blocked roads and torched foreign-driven vehicles mainly in the coastal KwaZulu-Natal province. It comes at a time some South Africans blame foreigners for taking their jobs. This heinous and barbaric act is condemnable. World leaders have also condemned it. The African Union (AU) issued a statement condemning the “despicable acts” of violence in South Africa “in the strongest terms”.

Nigeria made enormous contributions towards the liberation apartheid South Africa. During the apartheid era in South Africa, Nigeria was one of the foremost supporters of Black South African liberation movements, including the African National Congress. The Nigerian government issued more than 300 diplomatic passports to South Africans seeking to travel abroad. A sizable number of South Africans studied in Nigerian universities, nursing schools, polytechnics and colleges of education on government sponsored scholarship. Nigeria hosted the African National Congress (ANC). Late President Nelson Mandela, on his release from prison, came on a courtesy visit to Nigeria and stated in Kaduna that Nigeria was the first country to make the highest donation to his liberation in the sixties. (Mandela’s Speech on 13th May 1990 in Murtala’s Square Kaduna)

The struggle took a more dramatic turn during the regime of Generals Murtala/Obasanjo from 1975-1979. The struggle was so strong that domestic awareness was mounted to the degree that many tertiary institutions formed clubs like Youth Solidarity on South Africa. Apart from creating domestic and mobilizing public opinion, young Nigerians contributed from their little pocket monies to the struggle.

Late Sonny Okosun of blessed memory, a Nigerian musician legend, wrote the hit song “Fire in Soweto” in 1977 to commemorate the 1976 Soweto uprising against white-rule in South Africa. How I wish the “Ozzidi king” was alive! Majek Fashek, a Nigerian musical icon also wrote a song, “Free Mandela” to pressure the apartheid regime to free Nelson Mandela. The Nigeria government sanctioned multi-national companies in Nigeria that violated the economic/trade embargo on the racist South African regime, the local operations of Barclays Bank was nationalized after that bank ignored the strong protests by Nigeria urging it not to buy the South African government bond. Nigeria also nationalized the British Petroleum (BP) for supplying oil to South Africa. And In 1982, the Alhaji Shehu Shagari government urged the visiting Pontiff Pope John Paul II to grant audience to the leaders of Southern Africa guerrilla organisations, Oliver Tambo.

In international relations and diplomacy, deterrence and retaliatory diplomacy are veritable tools available to countries to achieve their goals and earn respects and prestige from other nations.

The South African government should be aware of her huge investment in Nigeria and the need to protect Nigerians business in South Africa. South African Airways enjoys monopoly of the Lagos-Johannesburg route as one of its lucrative route; Multi-Choice (DSTV) pay-tv makes its life-line in Nigeria’s over 120 million subscribers’ network base. Nigeria is MTN’s biggest market, with 58 million users in 2018, and accounts for a third of the South African group’s core profit. Stanbic-IBTC, Africa’s largest bank has its footing in the mainstream Nigeria financial systems to mention a few.

Nigeria government needs to critically review her foreign policy to be in tandem with present day reality and also to forestall a recurrence of this ugly situation from other nations. Victims of the xenophobic attacks should be adequately compensated by the South African government, with an assurance that should attacks will not reoccur.

About the author: Clifford Ogbeide writes from Ogbeide2000@yahoo.com

Frivolous Charges: Their Secret Plot To Silence Sowore For A Long Time
The Unfair Treatment Of Sowore & Others Detained Illegally In Nigerian Prisons