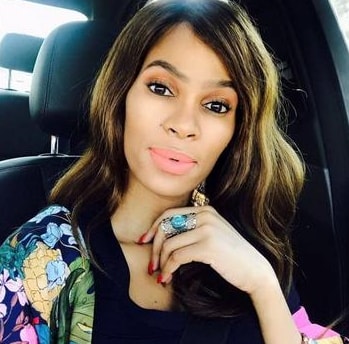 An anniversary celebration ended in tragedy after a Gauteng man, Prince Khumalo, 39 allegedly stabbed his wife 17 times in what South Africans are calling a ‘murder most foul’.

According to the Police,The mother of two was found dead with multiple stab wounds. The husband to the deceased claims his late wife killed herself after an argument.

A family friend alleges the couple had a falling out after their trip to Durban to celebrate their 7 year anniversary,They had a fight and a day later the victim Lindiwe Sibiya 39 was found dead.

According to iharare.com, Sibiya’s friend, Thuli Mkhwanazi, said the couple were supposed to drop off their two children, aged three and seven, with her uncle in Rietz in the Free State. She was adamant that Khumalo murdered her friend and said it was impossible Sibiya could have stabbed herself 17 times.

“When they were turning back after their fight, she called her uncle, crying, at about 9pm, saying she no longer wanted to be married to Khumalo. The call was cut off, and when her uncle tried to call back, her phone was off.

“He then received a call late on Saturday afternoon that she was found dead, after being stabbed 17 times, and the man (Khumalo) claimed she committed suicide,” Mkhwanazi said.

She said the couple’s relationship “was never a honeymoon”. “He was abusive. He cheated on her and would disappear for the weekend.”

She said Sibiya had just moved from Heidelberg in Gauteng to join him in Lephalale, where they both worked for Eskom.

She disputed that her friend would commit suicide. “She was full of life and loved her children.”

Sibiya’s uncle, Raymond Shabalala, confirmed that he received a phone call from her to say her marriage was over. A few hours later, he received a call from the police to say the young woman, who he had raised as his own daughter, had been found dead in a pool of blood.

“When I walked into the house it looked like a cow had been slaughtered. There was blood everywhere.

“When I saw him at the police station I asked him why he killed my daughter. But he just looked at me.”

Warrant Officer Frans Mokoena confirmed that a case of murder was being investigated against Khumalo.

He said Khumalo claimed that after the couple had a fight, he locked Sibiya in the house and drove to Joburg, where he dropped off their children with relatives.

When he returned, Khumalo claimed, he found his wife stabbed to death. Mokoena said there was no sign of a break-in at the house.

After appearing in court, Khumalo was released on R5000 bail, Mokoena said, adding that no previous cases of domestic violence had been opened against him.