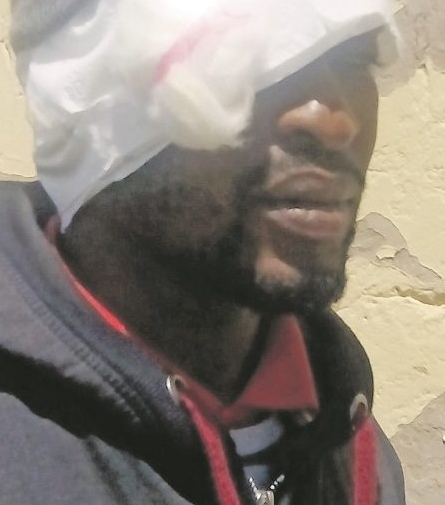 A man is currently recovering in South Africa following a brutal attack by his wife over the size of his manhood.

32-year-old Mnombo Madyibi popularly called Anaconda by friends due to his gigantic manhood said his wife is always complaining about his size as it’s destroying her vagina.

Mnombo got battered by his new wife during honeymoon on Friday.

Here is what Anaconda told reporters on Sunday:

Mnombo said he met his wife in church last year and promised to abstain from sex until they were married in accordance to biblical injunction.

Frustrated Mnombo said he only know of Penis enlargement surgery and not penis shrinking surgery.

When his wife was contacted, she said;

The couple have agreed not to involve police in the matter.