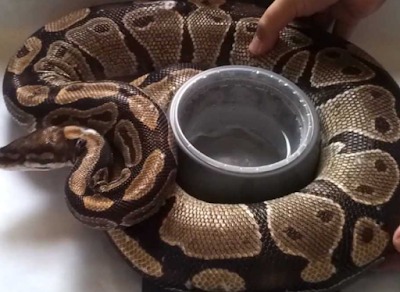 A woman from Loja in Granada Spain is currently under investigation for animal cruelty.

The owner of the pet python below allegedly posted an advert online looking for buyers. 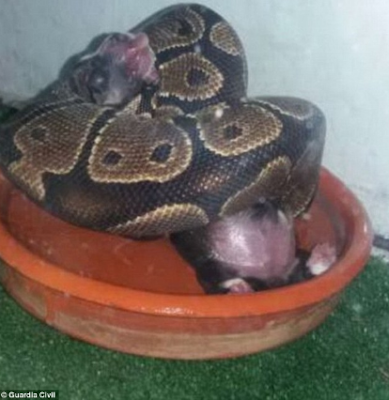 However, the photo she used for the advert was so graphic that undercover operatives from Spain animal protection agency were forced to call her to inquire about the Python.

Unknowingly she admitted to feeding live dogs, cats and birds to the Royal Python.