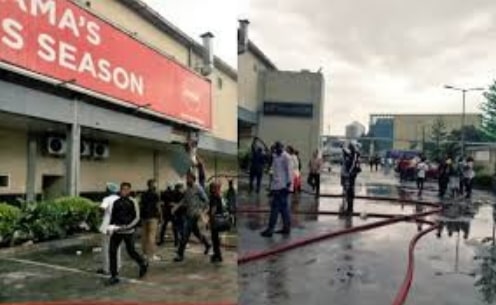 The injured have been admitted at the Rivers State University Teaching Hospital (RSUTH).

The explosion happened on the first floor of the two-storey edifice, with valuable property worth billions of naira destroyed. Before fire fighters arrived, efforts were made by in-house fire fighters and other workers to quell the fire.

About 6.30pm, the front and back gates were locked and no one was allowed in.

Two security men, who pleaded for anonymity, said the explosion happened about 3:30pm but there were no casualty as at the time our reporter left the mall at 6.45pm.

Continue Reading
You may also like...
Related Topics:explosion, mall, spar