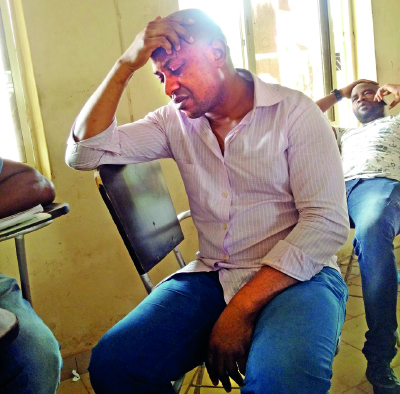 June 21, 2017 – Where Is The Steel Safe Recovered From Evans The Kidnapper House In Magodo Lagos? Who Are The Owners Of the Money, Ransom He Collected From Victims?

After many years on the run, Nigeria’s craftiest kidnapper Chukwudumeje Onwuamadike aka Evans met his likely end on Saturday the 10th of June 2017.

From his confession, it appears that Evans’ strength in his criminal activities are the informants who give would-be victims away. These are either friends, business associates, family members or any other close acquaintances of the victims.

That is quite surprising as a person like that who collects huge ransoms will certainly have some huge cash at home in whatever currency.

Besides, Evans has mentioned that a certain monarch or Igwe, who also doubles as his native doctor, was part of his gang. We have not heard that the native doctor had been picked.

Also, a medical doctor was said to always be on hand to treat the injured victims; that also should be treated as an accomplice.

Finally, those who are pounding the social media with the #FreeEvans campaign are nothing more than the foot soldiers who may have been recruited by his accomplices yet to be unmasked.

Remember, this is a multi-billion naira criminal enterprise and they would do anything to fight for their lives.

And like erudite lawyer, Femi Falana and others have been saying, the life of Evans should be preserved at all costs so that we can get to the bottom of his criminal exploits and rein in all those involved.

It is only then that we can breathe the air of freedom, at least, for now.

Continue Reading
You may also like...
Related Topics:evans the kidnapper, owner, ransom, victims