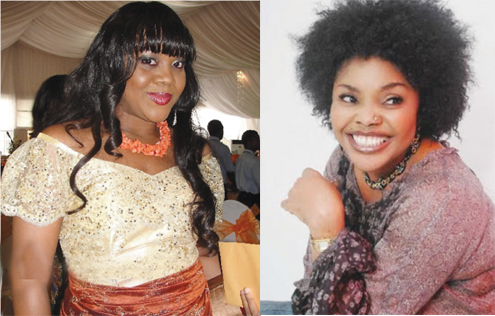 Two top Nigerian entertainers namely Stella Damasus and Lola Alao were recently rumoured to be in a tough war of words over a comment Lola Alao made about single ladies and married men.

In a recent interview, the Yoruba actress said dating a married man as a single lady is not a bad idea.

The actress stepped on a lot of toes with the comment. She was accused of trying to mislead single women by encouraging them to date married men.

So a couple of days back, the web went viral with the rumour that Stella Damasus attacked Lola Alao over the comment.

To set the fact straight, the actress has denied the rumour via her publicist, Square Image Associates, the mother of one said she doesn’t have any problem with Lola Alao, and there was no time she made any comment about her.

Stella Damasus is using this medium to inform people to ignore the rumour.