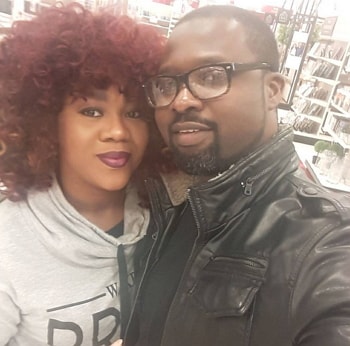 Fans of former Nollywood actress Stella Damasus has lost hope on her case as she is yet to return home since she eloped with Doris Simeon husband, Daniel Ademinokan over 5 years ago.

Though her plan to stabilise her marriage in the United States is working well but on the career front, she is not as relevant as she used to be back in the days.

NG was chatting with former colleague of the actress over the phone today when she mentioned a statement that reveals why the alleged  “Nolly-desperado” may not be returning home soon.

The source said  “Mama Yankee” as she is now being called among her colleagues is yet to hear a favorable response on her asylum case so if she leaves the US anytime soon, it may affect her application.

Secondly, the actress is a bit uncomfortable with the situation she left her fans after she allegedly ruin her colleague’s marriage and eloped with her man.

Thirdly, the actress is afraid of the cold shoulder her late husband’s family are giving her especially anytime she remembers him on the social media.

At a point, the actress was accused of killing her husband with her wayward lifestyle, an allegation that breaks her heart anytime she remembers late Jaiye Aboderin, whom she loves dearly.