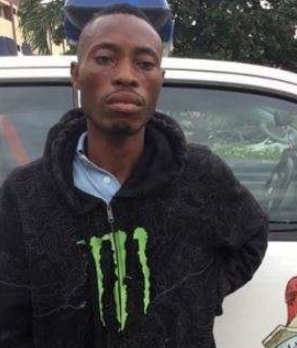 A man rescued from killing himself on the third mainland bridge in Lagos on Sunday the 27th of August 2017 has been charged with attempted suicide.

Hammed Olojo, 31 was on Wednesday charged before an Ebute Meta Magistrates’ Court .

The police prosecutor in charge of the case said Ojo was quickly restrained and apprehended around noon on August 27 while attempting to jump into the lagoon on the 3rd mainland bridge.

Magistrate Fowowe Erusiafe advised the defendant that suicide was not the way out and that he should look on the brighter side of life.

Ojo is to return to court for hearing on the 16th of November 2017.