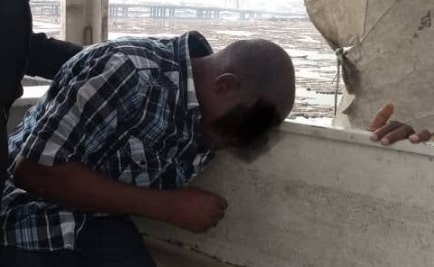 The men of Lagos State Police Rapid Response unit rescued a young man early this morning while attempting to take his own life.

The man whose face was blurred was stopped as he attempted to jump into the lagoon over an undisclosed reasons.

The middle aged man with receding hairline has been to taken a Police station in Panti Yaba for investigation.

Here are some photos the RRS shared on Twitter this morning. 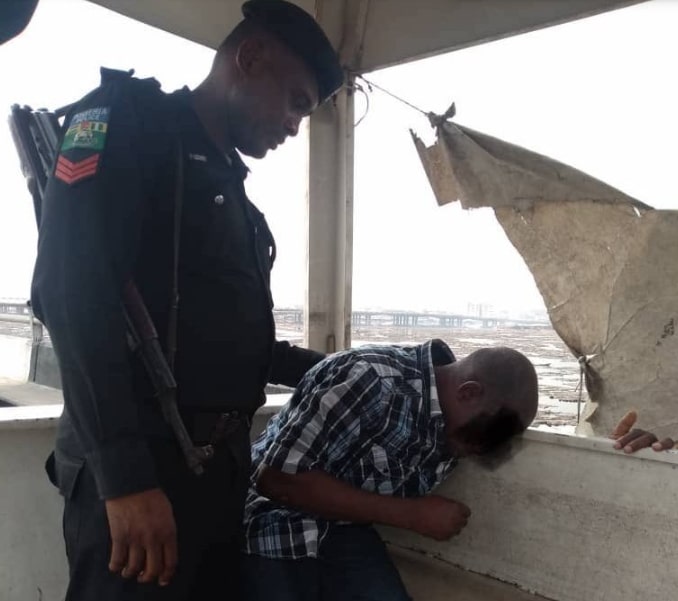 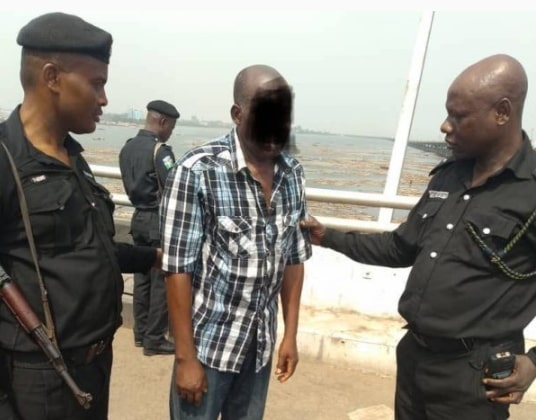 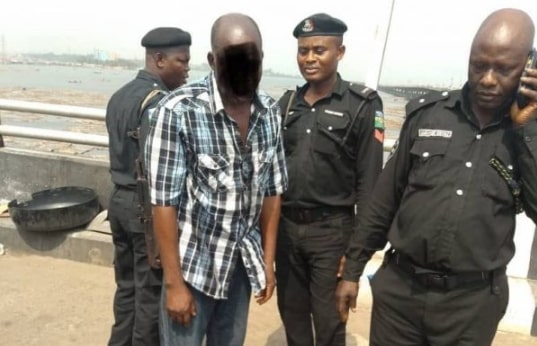