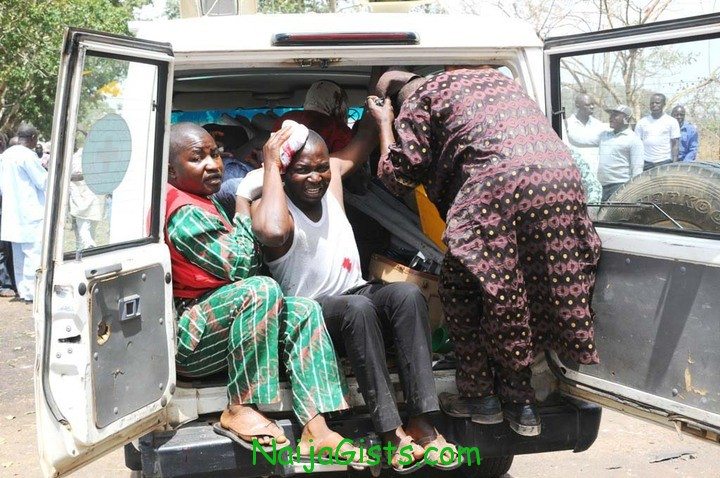 Victims being rushed to the hospital

We learnt a bomb exploded within the compound at St Finbarr’s Catholic Church in Rayfield, Jos Plateau State, Nigeria.

The car explosion killed over 10 people.

According to eyewitness, a fierce gun battle took place between the Joint Task Task and the suspects.