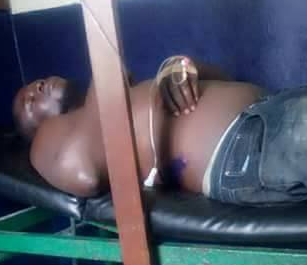 Meet Faith Esu, an Engineer who got involved in a gory crash in Calabar Cross River State over the weekend.

Esu who was in the company of his driver sustained injuries in the crash that killed the driver and 6 others.

The young man who is now recovering at the hospital took to the net to share his testimony.

I was pulled outa this bus while it was pressed on my head, it was just I and the driver, he lost his life at instant, the other bus recorded 7 dead including the driver who also died at instant, the remaining of us alive was rushed to hospital and as usual they were on strike, Navy Hospital rejected us, but God still wanted me alive…

I was admitted and administered at the police hospital calabar without delay. That was how I survived.

On 5th May… I cheated Death. God saved me. I don’t know how to thank this God. But all I have to say is Thank you Father….”

See photo from the scene of the ghastly crash. 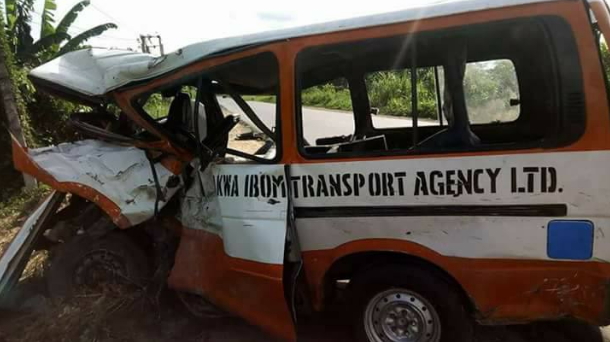