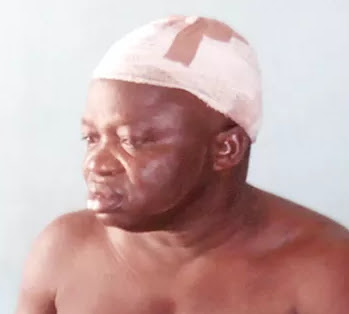 Moses Ogunusi, one of the survivors of the Hausa and Yoruba clash that rocked Mile 12 residents earlier this week has narrated his ordeal in the hands of some northerners who entered his house from the canal.

“I was at home when they came; they started to attack me right from my room. It was only God that said I would escape death.

They set my house ablaze, though the intention was to set me ablaze with it and it was not only my house they attacked. I stay at 34, Adegboyega Street. “I couldn’t see them because they painted their faces.

They came through the canal at the back of my house; nobody expected they could come from there. According to the carpenter, it was a neighbour who brought him to the hospital after he had escaped. He stressed that during the pursue they targeted his head, adding that injuries he sustained there were more than seven.

“The cut on my bare hand is very huge if I remove the bandage; I sustained it while I was trying to protect my head. They’ve burnt my house too, they just bough what I am wearing this morning. I am a carpenter, but my workshop too is gone.

My wife and children have been in the church since the incident occurred. I would suggest they block the canal in a way that nobody can pass through it,” he lamented. Despite the calamity that befell him and living very close to the Hausa community, the man who had been living in Mile 12 for 20 years said he won’t leave a house he built because of chaos or any other thing. He added, “They were really prepared for this trouble.

I suspect that the policemen gave them leverage; they were only hearing from their side. When they saw them carrying woods and cutlasses, they still allowed them to come in. Since I am not mad, it is not possible I cut myself or put fire on my house.

They said they wanted peace and they were throwing teargas while the Hausas carried on with their attacks.