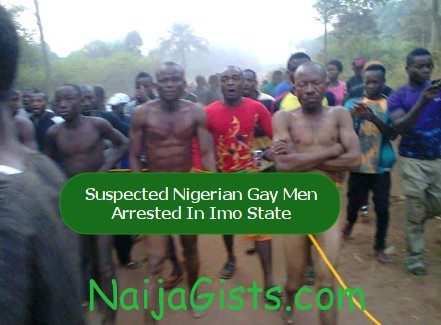 On Monday the 14th of January, some Nigerian gay men suspected to be practicing homosexuality were arrested by their community men in Ekwe, a village very close to Umuka in Njaba LGA of Imo State. naijagists.com

We learnt these gay men were caught in the act and arrested.

According to eyewitnesses, they were allegedly molested by their community men. They were later stripped naked and tied with ropes as some thugs whisked them to the elder of the village.

Practicing homosexuality is an offence that carries 14-year jail term in Nigeria.