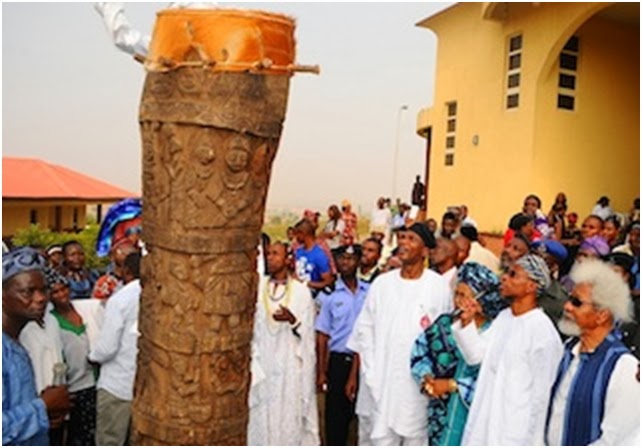 Nobel Laureate, Prof Wole Soyinka joined Osun State Governor Rauf Aregbesola and other dignitaries today in Osogbo for the unveiling of the tallest drum in the world.

Soyinka was also spotted at the Centre for Black Culture & Int’l Understandings based in the capital city of Osun State today examining the statue of late South African President Nelson Mandela.

The centre is likely to seek a spot in the Guinness Book of World’s record for the tallest drum in the world.

Here are some photos from the event. 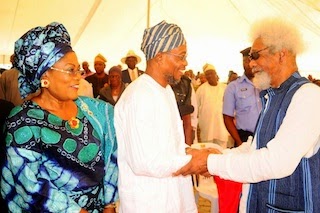 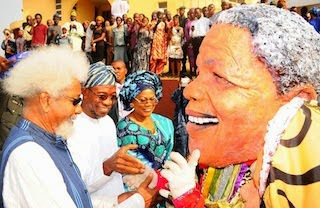