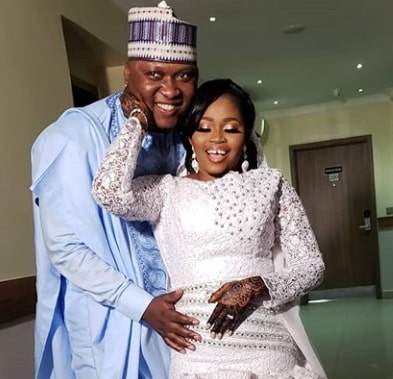 The actress who got married to his American lover few weeks ago has been called out by a source close to her husband, Mayowa Alli aka Jamo Mayo Ally.

According to the source, Mayowa was married with kids before he allegedly abandoned them in the United States.

Here is what the source who identified herself as Chef Rodiat wrote in the comment section of one of her wedding pictures.

“Aunty pls stay away from this man, he is married and has two kids already that he abandoned.

Pls stay away he’s not a good man, stay away from him. This man maltreated his wife and abandoned his two beautiful daughters and I’ll keep saying this, I don’t care if you block me.”