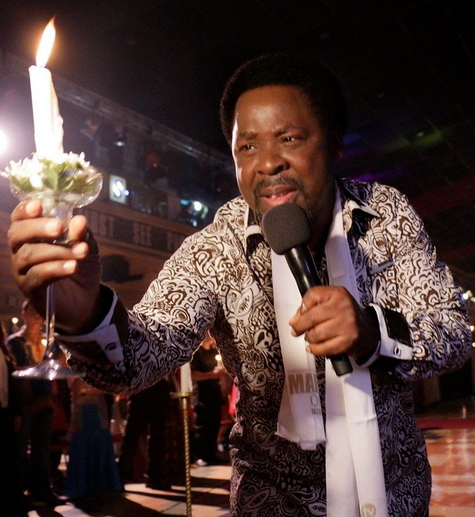 A Nigerian lady evangelist recently granted an interview to Daily Telegraph in Accra over a warning she received in a vision for followers of prophet TB Joshua.

The lady simply identified as Mabel said she was  part of the Synagogue game before God opened her eyes and sent her into full time prison ministry in Accra.

Mabel told DT that SCOAN building collapse is a form of mandatory spiritual sacrifice that TB Joshua had to offer to the idols behind his success.

She revealed that two cows were buried alive in the foundation of the main church auditorium.

Mabel who is currently in Ghana said TB Joshua avoided going to court during the initial hearing because lying will forfeit the purpose of the ritual he used his victims for.

She also urged Daily Telegraph to tell those who care to know that more calamities will befall TB Joshua soon unless he gives his life to Christ, forsake his gods and stop deceiving innocent people trooping into Nigeria from all over the world.