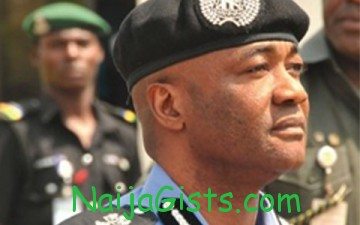 Miss Chidinma Ukachukwu, a 12-year-old pupil of a secondary school in Awka, Anambra State, has died after she was allegedly flogged by her teacher for failing to do her homework. naijagists.com

A reliable source in the school told the News Agency of Nigeria in Awka on Tuesday that the girl died on Thursday last week after she was flogged.

The source explained that the girl fainted after being flogged severally by a female teacher and was subsequently rushed to an undisclosed hospital, where she died.

The source also told NAN that the Commissioner for Education, Mrs. Uju Okeke, then ordered the closure of the school as a result of the incident.

A NAN correspondent, who visited the girl’s family home, soon after she was buried on Tuesday in Awka, reports that the family was in grief.

The girl’s father, Mr. Simeon Ukachukwu, confirmed the incident, saying it was a sad development. He added that it was an act of God.

But when Okeke was contacted, she denied ordering the closure of the school and said that the school was on midterm break.

NAN investigation, however, revealed that schools in the state were not on midterm break.

This fact was corroborated by an official of the Nigerian Union of Teachers in Akwa South Local Government Area.

The Chairperson of the union in the local government, Miss Buife Ndigwe, told NAN that primary and secondary schools in the state would go on midterm break next week.

When contacted, the Public Relations Officer of the state police command, Mr. Ralph Uzoigwe, said that the matter had not been reported to the police, but promised that it would be investigated. (NAN)