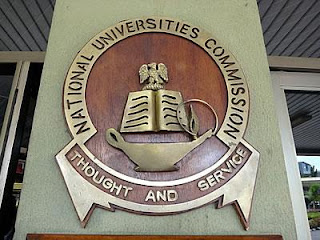 Nigeria’s National Universities Commission (NUC) has dragged one Pius Nwachukwu, 47, and his wife, Chika, to a Karu Chief Magistrates’ Court for allegedly operating an illegal university.

The commission alleged that the couple founded Temple University at Orozo, Abuja, without its approval.

The accused were arrested in October 2010 in the premises of the said university.

When the matter came up for hearing on Friday, Nwachukwu told the court that he got temporary approval to operate a private university from Prof. Julius Okojie. Nwachukwu claimed that Okojie, “who is the Director General of the National Universities Commission, gave me the approval based on the existing relationship we had for long.’’

He was led in evidence by his counsel, Mr Philip Gushit, before Chief Magistrate Shuaibu Ahmed.

“In spite of the temporary approval given to me by Okojie, some group of armed policemen and staff of NUC invaded the school premises and arrested me and my wife, Chika, and took us to Karshi Police Station. We were detained at the station for four days and later charged to court, saying that we are operating an illegal university.

“I have a PhD certificate in Theology from Temple University International, my Alma Mata, and I am the representative of the school in Nigeria,’’ he added.

Asked how much he gave Okojie to secure the temporary licence, he said, “I gave him N20, 000 to fuel his car as a good friend, that’s all.’’

Nwachukwu said he had so far enrolled 20 students for the distance learning degree programmes and had just three members of staff.

He failed to respond to a question as to whether the courses offered in the university were accredited by the NUC.

The magistrate adjourned the case to June 13 for adoption of written addresses.