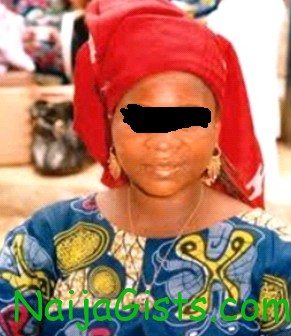 Mariam Amos,  a 30 year old trader was on Thursday brought before an Ikeja Magistrates’ Court for allegedly inflicting life threatening injuries on her landlady with a blade.

According to prosecuting Assistant Superintendent of Police (ASP), Ezekiel Ayorinde, the accused committed the offence on June 12 at Alakuko, a Lagos suburb.

He said the accused inflicted deep cuts on her landlady, Mrs Tolani Sholanke because she gave her a quit notice.

Ayorinde said Sholanke gave the accused a quit notice for allegedly quarrelling with other tenants.

He said Sholanke reported the case and the accused was arrested.

Magistrate B.O Osunsanmi granted the accused N50,000 bail, with two sureties in the like sum.

She ordered that the sureties must be employed and show evidence of two years tax payment to the Lagos State Government.