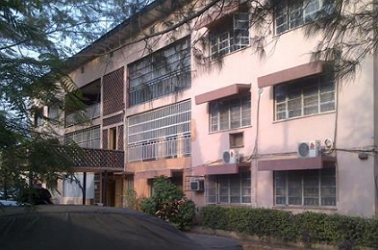 2 siblings Isiaka Olaleye and Olaide Olaleye were on Thursday in Lagos hauled up before an Ikeja Magistrates’ Court for allegedly beating up a couple over house rent.

The accused were arraigned before the Magistrate, Mrs F.F. George, on a three-count charge of breach of peace, conspiracy and assault.

Isiaka, 43, a businessman, and Olaide, 35, female fashion designer, however, pleaded not guilty and were admitted to a bail of N50,000 each with one surety each in like sum.

George said the sureties should be gainfully employed with an evidence of two years tax payment to the Lagos State Government.

Police Prosecutor Godwin Awase had told the court that the accused committed the offences on May 6 at Onipanu area of Lagos.

He said the accused and others still at large conspired to assault Mr Sheu Adeniran and his wife, Asiatu, by beating them for owing rent.

“The accused, who are landlord’s children, conducted themselves in a manner likely to cause a breach of peace by hiring thugs to beat up the complainants.”

“The complainants reported the case at the police station and the accused were arrested while others escaped,” the prosecutor said.

The case was adjourned until May 23 for hearing.