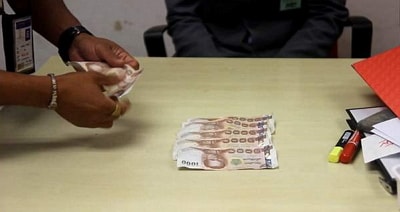 According to Daily Mail, a screening officer at Suvarnabhumi Airport in Bangkok, Thailand was last night caught on camera stealing a bundle of cash from the wallet belonging to an 89 year old American tourist.

The elderly man raised an alarm that his money had been lost during the screening process before the airport officials reviewed the security footage where the airport security guard identified as 25-year-old Thanat Rattana was seen on CCTV rummaging through the US tourist’s wallet. 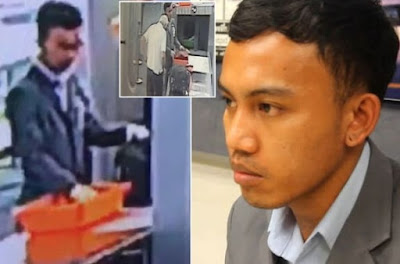 He was immediately apprehended and handed over to police. 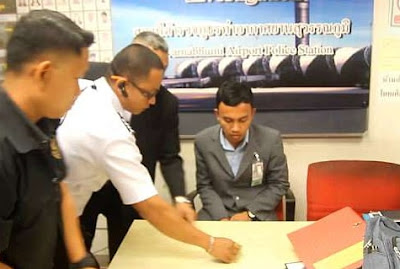 In his confession, Rattana said lack of money to go to school pushed him into the criminal act.