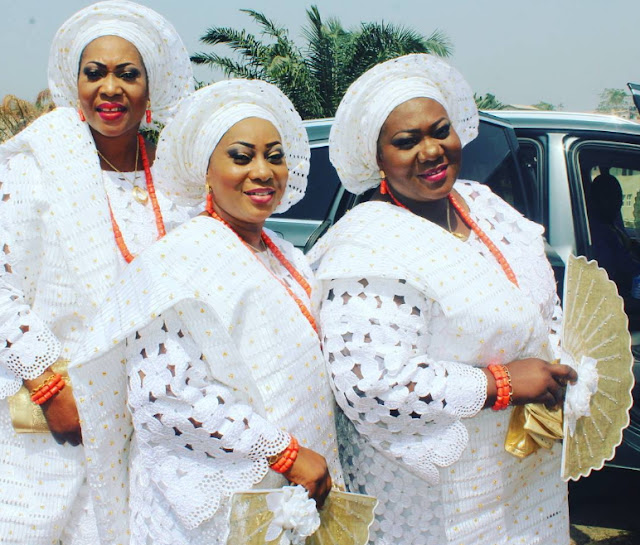 Meet the Aro meta, the 3 pillars of the Ooni of Ife’s palace, Princesses Folashade, Adebimple and Adesola Ogunwusi.

The three can never be ignored in a crowd. All gorgeously dressed up for any event, especially Owambes, many admirers wondered how this trio cough out huge sums of money in buying expensive clothes and jewellery but they are not as wealthy as they dress.

Though siblings of the Ooni of Ife, Oba Enitan Adeyeye Ogunwusi, these three sisters are beneficiaries of their brother’s largese—he pays for everything worn by them. 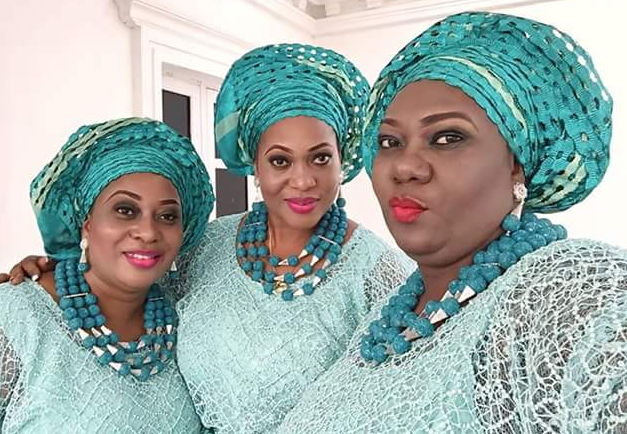 Not only clothing them, the monarch is also responsible for other aspects of their lives which include travels, parties and feeding!

“There is this woman who comes from London with exotic fabrics and sells to the princesses. They choose all sorts of fabrics, headgears and jewellery. They later refer the lace merchant to the king who now pays for everything,” a source revealed.

The sisters who were contractors in their brother’s companies especially the construction firm where they supply sand and other materials needed, were all in the United States recently for the 40th birthday of Adebimpe and not a few Nigerians were disturbed at some of their conducts.

Born of same parents, the three sisters of the esteemed monarch live in his mansion at the Victoria Garden City, Lagos including the husband of Princess Folashade Fadairo, who is a manager in one of Ooni’s hospitality businesses. He was once married to a society big girl before dumping her and settling for Folashade. Whenever they are in Ile Ife, they all live in the palace.

For Adebimpe Ogunwusi-Daodu, her marriage to Daodu crashed irretrievably but the ex husband remains a personal aide of the king and they all live in the palace at Ile Ife. Daodu and Adebimpe relocated from Winnipeg in Canada when Oba Ogunwusi was installed as king. 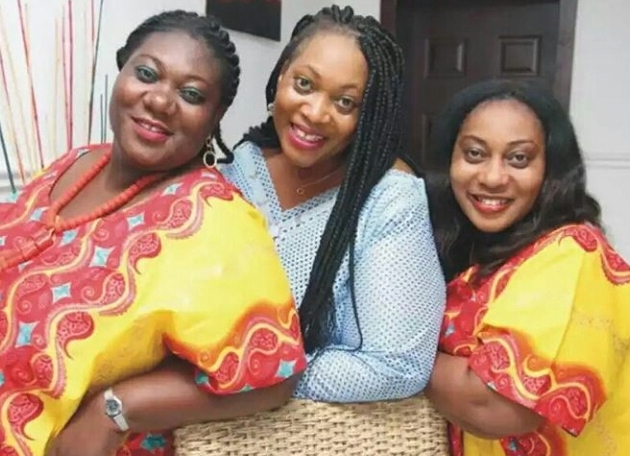 Adesola Ogunwusi-Olojede, the prettiest of them all was once married to a pastor, had a child but got divorced a few years back. She had her 45th birthday earlier in the year.

Now a known fact that the royal marriage between Oba Ogunwusi and Olori Wuraola has crashed irretrievably, the three sisters who allegedly conspired to get another beautiful wife for the king, were said to be masterminds of the break-up.

Though Olori Wuraola was said to have stopped speaking to all of them including the Ooni before she finally had her belongings removed from the palace on August 19, 2017, the conspiracy of the three princesses saw to the end of the marriage which was contracted in Benin in March 2016. 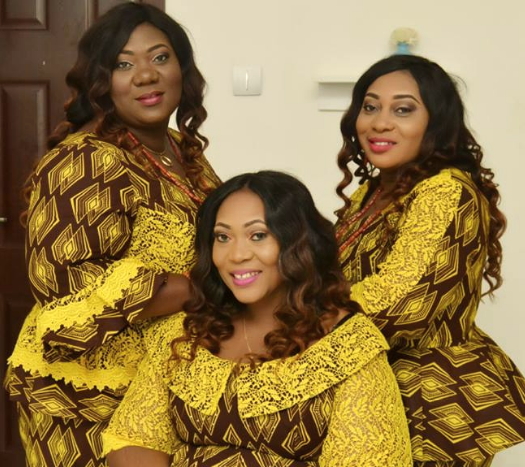 According to sources close to the sisters, they never liked the estranged wife of the monarch.

“She came in a very wealthy queen who knew the high and mighty in the society. Wuraola was a big girl before she married the king and a power dresser who loves luxury items. Of course a bit of pride was exhibited when she (Wuraola) discovered that her class was more than theirs (Ogunwusi’s sisters). Then, the competition on who gets the attention of the king kicked off. The sisters who were living off the king were not too comfortable with Wuraola’s personality. They succeeded in painting her bad before her husband, their father (Prince Ropo Ogunwusi) other members of the family and got an Abeokuta-born lady, Bolanle to be Ooni’s wife,” the source said.

With the end of the royal wedding, its been a roller-coaster ride for the three princesses in the palace, who are doing all things possible for the king to consummate his romance with Bolanle.

Continue Reading
You may also like...
Related Topics:ogunwusi, Princess, Sisters

Be Original, Be You… Do What Others Have Never Done Before
Drama As Nigerian Local Dog Breed Partakes In Jungle Justice In Onitsha Anambra State