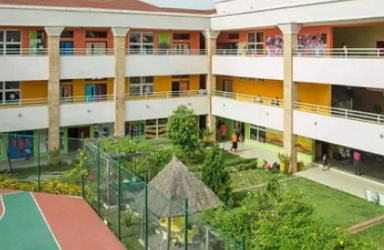 Once a child is done with primary school, he or she is expected to go further in education by going to a secondary school. The parents are usually faced with the decision of sending their children either to a day school or a boarding school.

The day school as well as the boarding school has its advantages and disadvantages. In a day school, the main advantage is that the parents gets the opportunity to monitor their children because the children goes to school daily from home and comes back home after school closes. If there is a negative change in the Child’s attitude or behavior, the parents notice it on time and try to make the necessary correction as soon as possible. This is usually done by asking the child what the problem is or asking his close friends, and in some cases, the parents might visit the school to find out the cause of the change in attitude /behavior in the child. The day school also has its disadvantages. The main one is the parents having to contend with having the children around all the time which might deny them their privacy and serenity.

A lot of children get bullied in boarding schools by senior students or even their classmates. This act might go a long way in affecting the child psychologically for a long time. Sometimes the senior students do this by intimidating the junior ones by their sizes and their class level. The senior students might have their provisions taken away from them forcefully and any resistant from them could result in serious beating and punishment. It is not as if children don’t get bullied in day school but parents get to know on time and nip it in the bud.

Falling sick once a while is inevitable as humans and it is even worse in children. Most times when children fall sick in boarding schools. The parents are usually not aware or might not be aware on time before it becomes too late which might end up in tragedy. Sometimes the children might get infected from the use of the toilet which in most boarding schools is an eye-sore. Most of the children keep the state of their health to themselves because they usually don’t know who to confide in. Moreover, most boarding schools health centr  es don’t have competent health workers. The parents don’t get to know on time till it becomes too late which could result in irreparable damage.

Students in boarding schools get abused verbally, physically and sexually by other students. The victims are usually the junior or the weaker ones. There are even cases in which students get sexually abused or molested by their teachers and sometimes might result in pregnancy, often times when this happens, the parties involved will seek for a way out which is usually by terminating the pregnancy . This is done in the early stage of the pregnancy to avoid people getting to know. The consequence of abortion especially for a developing child could be disastrous sometimes making the girl to destroy her womb and might remain barren for life.

Children in secondary schools are usually in their formative years as pre-teen or in their teenage years. So they are easily influenced by bad friends and pick up bad habits easily. These habits may remain with the child throughout his /her life. Some of these habits are smoking, alcoholism, stealing and sexual perversion such as homo sexuality. Recently, internet fraud is on the increasing among the youths.

Most of the children get addicted to these vices and causes the parents a lot of heartache, Moreover these vices could bring about violent behavior from the children which in turn breeds criminal tendency and consequently posing a threat to their families and the society at large.

Continue Reading
You may also like...
Related Topics:boarding, nigerian, school