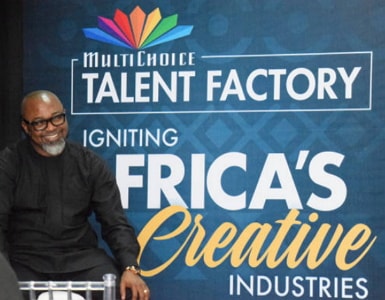 A new program aimed at training young filmmakers in Nigeria has been launched by Multichoice.

The programme is expected to increase the numbers of trained filmmakers working in Nollywood, and impact on job creation through creative entrepreneurs who will in turn employ others.

Launched on May 30, 2018, entry had since been opened to applicants in West Africa, with Nigeria as the center. They exercise is expected to produce 20 successful applicants from West Africa for the first year of the programme billed to commence in October.

The initiative is being replicated in East and Southern Africa, making a total of 20, the number of young filmmakers to be trained in the first season.

Multichoice is partnering the Pan Atlantic University for this project in the area of curriculum development.

The Pan-African initiative for film and television industry, according to Multichoice, is aimed at igniting and growing Africa’s creative industries into vibrant, economic centers.

“The African development story has long been defined by investment in the vast mineral wealth on the continent, leaving our creative industries to fend for themselves on the fringes of economic development for far too long. As a result, the film and television industries have not developed at the same rate as other industries on the continent, and not for a lack of talent, passion or imagination,” says John Ugbe, Managing Director, MultiChoice Nigeria.

“We are abundantly blessed in these areas, however, the space given for this expression has at best been limited and at worst, been relegated to the fringes of the mainstream economy, leaving in its wake, unfulfilled dreams, unexplored talent and unwritten stories. As an African business, MultiChoice, together with our valued partners and stakeholders across the continent, have collaborated to make a positive socio-economic impact in the communities in which we live and work through the MultiChoice Talent Factory initiative.”

Ugbe further stated that the MTF initiative will deliver three touchpoints that launch throughout the year – the MTF academies, Masterclasses and the MTF Portal. The first to launch is the MTF Academy, a 12-month educational programme aimed at furnishing 60 deserving, young, talented people who want to work and innovate in film and television production.

He said the programme will take place at three regional MTF Academies based in Nigeria for West Africa, Kenya for East Africa and Zambia for Southern African countries and will be overseen by acclaimed local film and TV industry experts. “In West Africa, Mr. Femi Odugbemi, has been appointed as the Academy Director for the hub,” he revealed.

The Dangers Of Registering Students In Nigerian Boarding Schools
Eniola Badmus: I’m Yet To Receive My Celebrity Housemates N7Million Prize, I Think It Is A Scam