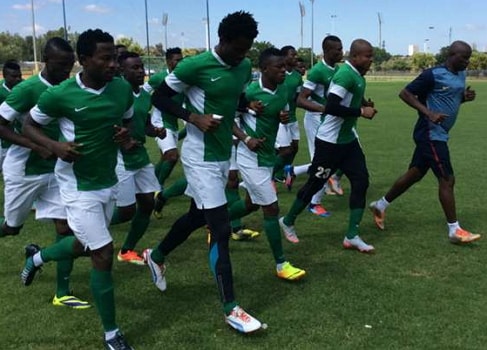 Oftentimes, I hear people illustrate life as a football pitch but the truth is it is more than that. To make life a similitude to football, both the perspective of the player and watcher would be considered.

There is no spirit that bears sportsmanship except the learning of excellent moral and teaching of good character. Sportsmanship is more than smiling to your opponent, a team defender hugging the other’s striker or two keepers sharing shirt, it involves a huge amount of duties that I will prefer to call the Science of Football.

Apparently, the mathematics of Football which is the skill utilized to push ball around, toss /pass to one another, maneuver a player and shoot a overhead towards the net in an expertise way and a systematize method is what interests 80% of viewer, unaware that the interest they have for football is part of football itself. Science of Football entails your emotion and passion, the player’s responsibility and life, the referee’s role and jurisdiction and all morals that show in, around and outside the football pitch.

Life is a race was something I long quoted before I recently discovered that adapting to the society is not the only necessity to thrive except you indulge in competitions which caught you conscious or unaware.

Hence, at every stage of human existence competition is inexcusable. Even, a sperm undergoes a race before it forms an embryo which gives rise to you, why won’t you then acquire the skills of the game otherwise subject yourself to lose? Importantly, football will expose one to the following but it is responsibility that aids learning:

Life will never offer you what you deserve unless you demand for it, but when demanding be moderate. Extremism is an easy door out of any room. Even in extreme place, there is an extreme corner. Referee may not have seen what happened, he may have seen and ignored it and may decide to play some foul but you need to call his attention, make him see it and let him know what it cost. However, it is rude to call human a lion but it is an appraisal to call him ‘King of the Jungle’, ‘Lion of Judah’. In life, man must learn to approach.

A football is one of the places for all to play a cordial role; the coach is also there likewise the commentator and reporter. You don’t have to be in a stadium before you start playing but see life as your tournament and everywhere you are as a football pitch either local field, standard arena and international stadium. Always play to your best of courtesy. Never relent till you achieve your aim!

Continue Reading
You may also like...
Related Topics:gaming, life, mechanism

An Adventure Out Of A Lifeless Life
Surviving Hard Times: Effective Strategies For Getting Through Tough Times In Life