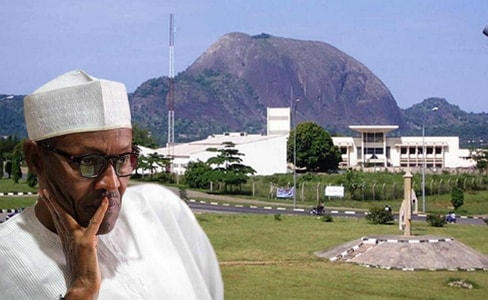 When Dr. Reuben Abati, a celebrated Nigerian newspaper writer and former media adviser to the past government of President Goodluck Jonathan, wrote about his experience with demons in the Aso Rock presidential villa, many of us were not surprised.

The seat of government anywhere in the world is a major force-field for contention of powers both spiritual and temporal. The forces of good and evil will always collide to determine the outcome of government decisions and actions.

These spiritual powers will also try to influence the occupants of the exalted office for good or evil. Those in established faith bodies call these forces principalities and powers, this also include the rulers of darkness and spiritual host of wickedness. Far from the realm of superstition these powers come in diverse manifestations and seek to control people in powerful positions.

Different operations of demonic powers will be in the form of extreme wickedness being perpetrated by those in positions of power and influence, manipulation and control of the economy for personal gain, corruption, rigging of election outcomes etc.

Corruption is demonic in nature as it tries to appropriate to a few individuals that which rightly belongs to many, thereby depriving millions including women and children access to healthcare, maternal care, affordable housing and potable water.

Many of our country men and women die annually due to road transport accidents. Most times a few individuals embezzle funds meant for road infrastructure, when people die on these roads are the embezzlers not delving into witchcraft?

Witchcraft is simply manifested in oppression, intimidation and manipulation. This is exactly what leaders grapple with as they abuse positions of influence and power to manipulate or oppress the populace.

Until our leaders decide to do things differently and become more accountable to the people they represent, we will yet see stronger manifestation of these demonic powers in our seat of government.

Some years ago, a prominent government appointee to the NDDC board had a highly publicised rift with his ‘juju-man’ the top brass gave some millions of naira to this juju-man to burn as sacrifice and part of a ritual required for influence and control over people in government.

Dr. Abati proffered solutions to overcome this demon invasion of the nation’s seat of power. He included building a ‘new’ presidential villa. I strongly disagree with him, because the trouble is not in the structure but in the people who occupy the edifice. Where have they been to? What did they collect? Who did they deprive of life? Who do they believe in? These are pertinent questions.

In the recent past, a certain governor in Anambra State was taken to a particular shrine to swear allegiance to particular individuals. Same scenario played out in Ogun State where another group of individuals danced naked before shrines. These ones came to light for obvious reasons.

The presidential villa and by inference most state governor’s lodges across the country will only be exorcised of demons when the men in those fortified spaces decide to embrace the Almighty Supreme God.

The Master speaking says He does not occupy buildings built with men’s hands. He desires to reside in their hearts; taking charge of their passion and attitudes. A changed attitude will bring about our desired transformation.

Love for our fellow country men and women will be the proper motivation to seek public office not self-aggrandizement.

Continue Reading
You may also like...
Related Topics:nigerian leaders, Witchcraft

Dino Melaye, The New King Of Drama In Nigerian Politics
Welcome To Canada, Why Nigerians Are Not The Problem