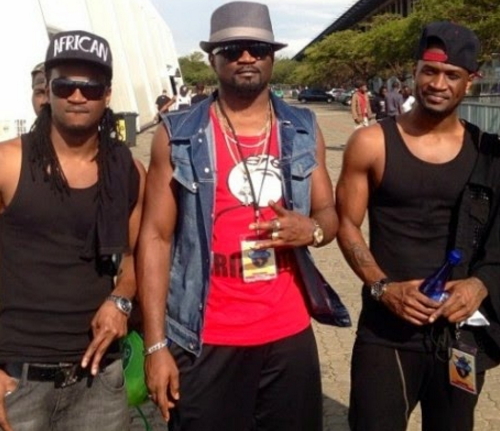 The main man behind PSquare’s untimely split has confessed.

In one of his social media post today, Jude Okoye, the manager of Peter and Paul Okoye said he resigned as their official manager last month.

This is the 4th time in about 3 years that Jude Okoye will come out to say he has resigned as the manager of the duo. 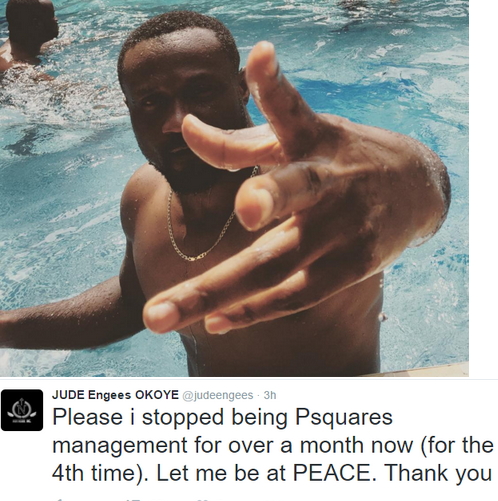 The question on everyone mind is, now that Jude is out of the way, why are the twins still fighting???

About 6 months ago, an insider said Jude is closer to Paul than he’s to Peter Okoye, a reason that often make Peter Okoye question his frivolous spending.

The source said, Jude Okoye has milked the duo dry in the span of their career.

On several occasion, Peter and Paul have engaged each other in a physical fight over Jude Okoye who at a point went spiritual to effectively manage Psquare finances to his advantage.

The source said Jude Okoye now has a mansion with fleet of cars and a huge bank account.

Another point that was raised by the insider is that over 150 million naira was left unaccounted for by Jude in February 2015 and each time, Peter Okoye question him, he goes aggressive.

This and many other reasons forced Peter Okoye to demand for Jude Okoye’s resignation, a move that didn’t go well with Paul Okoye who vowed to rather stay solo than to let go of their elder brother.

As we speak, Jude Okoye is the manager of Paul Okoye as Peter Okoye stays solo.

The source said PSquare will reunite if Paul Okoye can only agree with Peter as to finding a new manager who the two can trust.