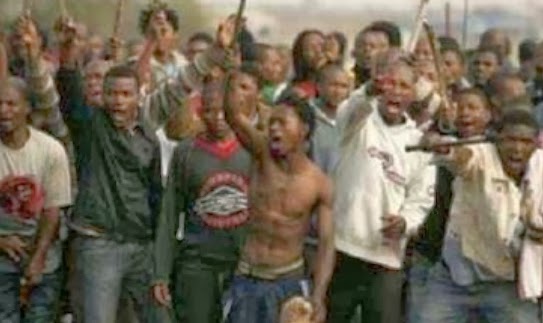 We learnt that the alleged vandalism was as a result of a protracted dispute between the church and Alhaji Babatunde Raimi Tetenji, over the ownership of the property occupied by Redeemed Church.

Speaking with THE NEWS, Deacon Mobolaji Abiodun, the Administrative Manager of the church, confirmed that Tetenji was claiming ownership of the land, which the church bought from Bakare family that resides at 67, Ipaja Road, Agege, Lagos.

Abiodun tendered receipts of purchase of the land from Bakare family, which include the Lagos State Certificate of Occupancy with registered number 51, Volume 2005G, dated 14th April, 2005, a Lagos High Court judgment delivered by Justice O.A. Taiwo on Wednesday 15 January, 2014, with suit No. ID/1125/09, and The Registered Trustees of The Redeemed Christian Church of God (defendant)’s court judgment which confirmed the church as the rightful owner of the disputed land.

Abiodun alleged that Tetenji mobilised a court bailiff from Abule Egba Magistrate’s Court II and others to take possession of the church premises.

The bailiff told THE NEWS that the action was taken in pursuance of the court order by T.A. Elias.

But Abiodun said the church is still contending the court order with Tetenji at the same court.

According to the bailiff, a plaintiff, Elder Joel Olubisi Akinwusi of 5, Ola Ope Street, Off Capitol Road, Agege, Lagos, claimed to have rented his apartment to Tetenji but alleged that after the tenancy agreement expired, Tetenji refused to vacate the property.

Subsequently, the court ordered that Adewusi should take possession of Tetenji’s property situated at 87, Oke Koto Road, Ipaja, Agege Lagos, where the church is situated.

Speaking with the 70-year old Tetenji at his residence, he claimed to have bought the land jointly from Bakare, Obanle and Otapo families.

However, no document was presented as an evidence of purchase, despite Tetenji’s insistence that he is the rightful owner of the land.

THE NEWS also visited the Bakare family’s residence to confirm the incident.

Speaking on behalf of the family, Mrs. Modupe Bakare, claimed to have sold the land to the Redeemed Christian Church of God and denied Tetenji’s claim that he bought the land from the family.

When THE NEWS contacted the DPO of Alabo Dopemu Police Station, Michael Fatade, to confirm the story, he directed us to the Lagos State Police Public Relations Officer, PPRO, Mrs. Ngozi Braide, who promised to return our calls after confirming the case. But she never did until press time.

[Reported By Afolabi Oladele, THE NEWS]