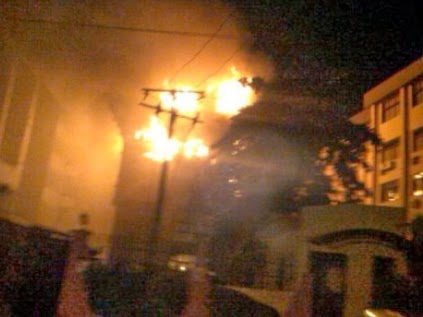 The incident happened around 1 am on Monday morning at the couple’s residence in Shagari quarters, Yola South LGA.

Aliyu Zubairu and his wife, Nazira reportedly died after their house caught fire due to an undisclosed cause.

NTA General manager in Yola, Adamu Yusuf who confirmed the incident urged the deceased family and colleagues to take the sad news in good faith as “no one can question God”.

He enjoined journalists in the state to register with the NUJ insurance scheme to enable their families get succour in the event of the unexpected.

Until his death, the deceased was the NTA reporter covering the state House of Assembly and had been buried according to Islamic rights. (NAN)