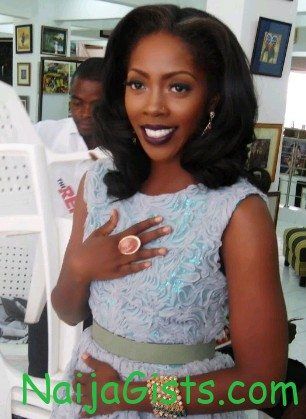 The beautiful singer who rose to fame at a very early age was born in Lagos on the 5th of February 1980.

As an avid song writer since age 15, Tiwa Savage recorded with other giants in the musical world. She has helped to write songs for stars such as Britney Spears, Brian Kennedy and others. In addition, writing songs for her performance has been quite rewarding too. She has written political songs such as ‘Middle Passage’ which X-rays the struggles of three African men in a foreign country. Her songs depict the perfect example of a beautiful, naturally gifted song writer. She is set to make music not just a form of entertainment but a unifying force that brings people from different races together.