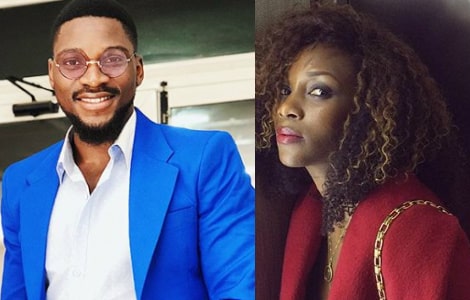 Former Big Brother Naija housemate, Tobi Bakre in this chat with Rita Okoye talks about his love for Nollywood actress Genevieve Nnaji, his passion and aspirations.

How has it been since you left Big Brother Naija?

It’s been amazing. From being in the Big Brother and leaving the Big Brother house to looking at where I am today, when I look at the things I have accomplished so far, I can only say it’s been a good year for me.

Why did you quit banking? Was it boring after four years?

It was very interesting for me actually. I used to be a currency dealer. I also worked in money market but the banking life generally was a bit of routine. And I had a lot more I wanted to do that I wasn’t exploring. I love photography, I wanted to be a media person as well. I am not really an office person. Generally, it is routine life; every day is the same but the life that I have now is different. Every day is different. I feel better. I feel alive living the kind of life I have now.

BBN received over a million applications for the last show which you emerged a housemate. What if you weren’t picked and nobody knows Tobi now, what would you have done?
Before now people knew Tobi Bakre but it wasn’t on this scale. It’s a lot more international now but in my own zone I was still doing okay. If the opportunity in Big Brother didn’t come I probably would have changed jobs or been on the same job. Maybe I would have tried other opportunities. And don’t forget that I was doing photography which I found very interesting.

Are you doing anything about your photography?
Yes, I am doing an exhibition at the end of the year, a photo art exhibition.

We have seen you in a couple of movies. Is acting one of the perks that came with BBN or just a passion?

Working in the banking world I always wanted to do something more. I wanted to be in the media but at that point I didn’t have the patience or let’s say, I couldn’t just leave the banking hall to start attending auditions and all that so I needed a platform to do the things I wanted to do. Right now, a lot of people can see what I can do and are hiring me and that is mind blowing.

Do you think you need professional training or is acting second nature to you?
Eventually I will still go to acting school just to cross the T’s and dots the I’s but generally, acting is natural for me. But I know I still have to brush up; it’s been interesting for me.

What got you interested in acting?
I have always wanted to act and I thank God for the platform. People noticed that I could do it while I was on the show. This is why I am getting the roles. It is just to do more and show people the range of my passion and bingo! The sky will not be my limit.

How was your first time ever on set?
It was weird but that is how first-times are really. When I got there I was thinking to myself ‘so now you are trying to be somebody you are not.’ But that is what acting is all about. Yes, it was pretty weird in an interesting way and it was challenging. And seeing the growth so far has really motivated me because I remember the first time I had to be on set for a week and after I saw the improvement I was impressed with myself.

Who were those people you admired before you joined the movie industry?
Kunle Afolayan, Ramsey Nouah, AY, Genevieve, Rita Dominic among a host of others. And that was because they have done it back to back. And now that I am in the industry, I now know it is easy to criticize when you are outside but when you are in it, you will get to respect these actors more. I respect the young actors doing their everyday hustle too.

Who are those you would like to act with?
Wow! All of the veterans and that is because the older people have more to teach you when it comes to acting. I have been on set with Sola Sobowale. From day one I learnt a lot from her. Truth is, when you act with such people you become a better actor faster.

You once said something about not wanting to queue up for auditions. Does it sound belittling to you?
It is not belittling. What I meant was that Big Brother gave me the platform to show people what I can do. Apparently, you can’t just leave four years in banking and start from the scratch. You have to know exactly what you want to do. I needed a platform and being on Big Brother gave me the platform. Already, a lot of people know what I can do now.

What do you like most about being an actor?
It is the fact that you have the power to be anything. If you are given a script whether you like the character or not, you have to act the part. Every role you are given has to be challenging because you have got to do it well. When they say be a mad or whatever, I am able to deliver.

What makes you different from other actors?
There is always the Tobi vibe. So the lover boy Tobi is different from the Pastor Tobi. In every role I play I infuse a bit of my personality; that makes me different.

Talking about the lover boy Tobi, what is your relationship with Ceece at the moment?
No comment!

Who is the Tobi we do not about?
You pretty much saw him on Big Brother. There was no part of me I held back.

What can make you cry?
Hunger, if I am hungry I could cry.