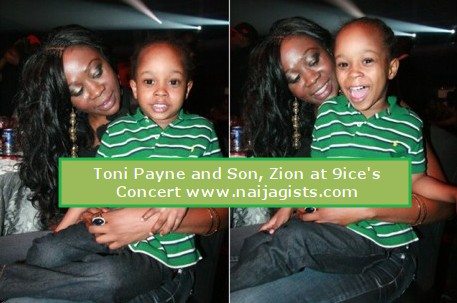 During 9ice’s ‘Bashorun Gaa Versus‘ album concert yesterday Sunday, March 11, 2012, Toni Payne was found gladly seated right in front of the stage in the VVIP section singing, dancing and cheering as 9ice and other performance guests rendered different songs. naijagists.com

And she wasn’t alone as their only child Zion sat on his mother’s laps also cheering his dad. If he wasn’t with his mum, then he was on stage dancing and having fun as his father entertained the audience. The couple were however not seen together throughout the four-hour concert. 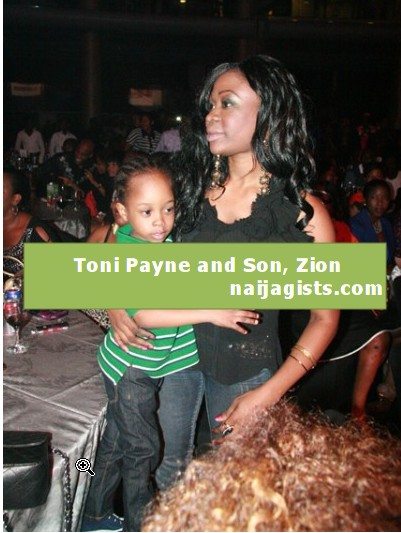 Zion meets 9ice on stage as he performs… 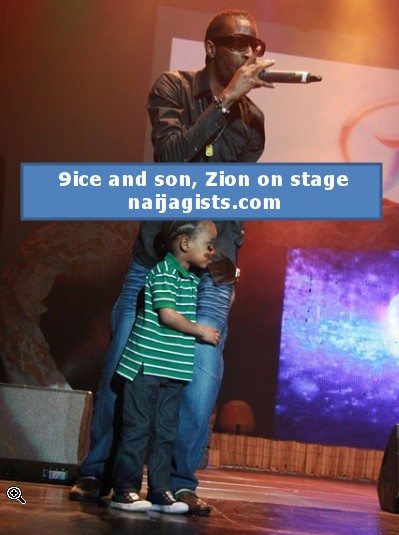