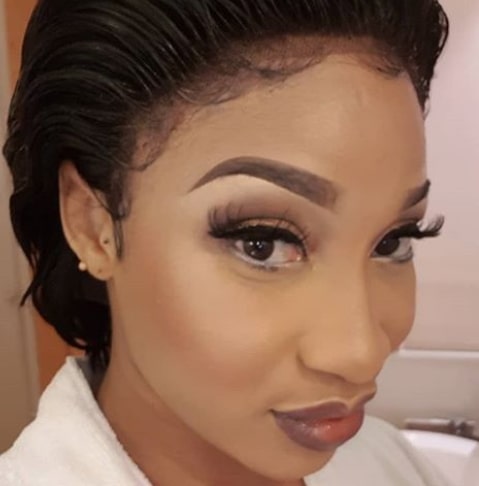 NaijaGists.com just got an email from a source in Abuja who alleged that Tonto Dikeh has been living in the dream land since she first alleged that Police were planning to raid her home.

The actress who few weeks  ago raised a false alarm that police were coming to arrest her has come up with yet another story about 5-star hotels planning to aid a murder act.

Even though the actress has refused to mention the name of the imaginary hotel, the story has since gone viral with everyone digging deeper to unravel the mystery behind Tonto Dikeh alleged murder accusation.

According to the content of an email sent to NaijaGists.com by a source close to the actress today, the actress is reportedly battling bipolar disorder, a seasonal disease she battles every year.

The source said bipolar disorder sufferers live in an imaginary world where they produce make-belief stories in their head.

Here is the exclusive email NaijaGists.com received from the source.

“Please if you know a psychiatrist , I will implore you to visit her at 8*** Maitama crescent, this madam is loosing it. She talks to herself a lot these days even we as her neighbours are worried,  I didn’t she is Tonto Dikeh until my mother showed her to me as she was walking her son to school last week. The hotel she is pointing is a presidential suite where nothing of such has ever taken place as a matter of fact, I work in this hotel. Please tell everyone not to believe her story. She had an issue with the management of the hotel last month and since then she has been threatening to get them down. Very soon, she will tell everyone her life is in danger. She is just a disaster waiting to happen”.

Before she got married, the actress who battled chronic depression for a while almost committed suicide.

A source said loneliness and feeling of emptiness might have contributed to her bipolar spectrum disorder.

“Even though she is making a lot of money through marketing deals, she is not really happy. I feel the absence of a mother in her life is affecting her.” – said a Nollywood insider