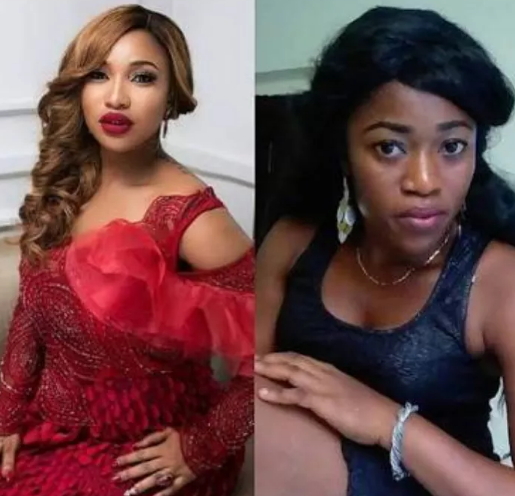 In a leaked text message dated April 11, 2017, Tonto Dikeh called her mother in law a witch and all sort of unprintable names for allegedly breaking her marriage.

She claimed that her husband’s ex-wife, Bimbo Coker told her she paid for her wedding and even fed Kunle when he had nothing. 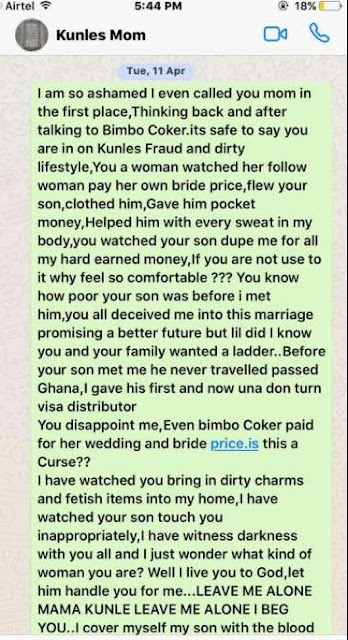 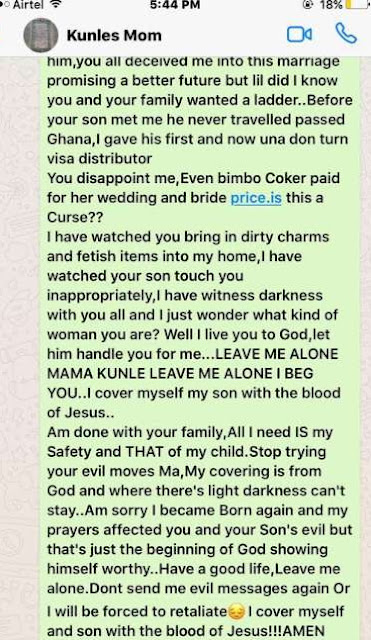 Tonto Dikeh must be careful so as not to get herself messed up for insulting this elderly woman.

You are where you are today because you dated a married man. So why blame the innocent woman?

That you are not in good terms with her son doesn’t permit you to keep dragging her into the mud.

If care is not taken, this matter might go beyond the net into the court of law.

Kemi Olunloyo is where she is today due to defamation of character…. #Tonto be wise