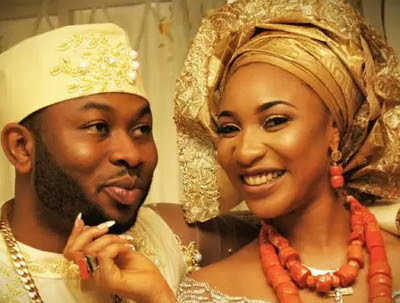 Olakunle Churchill has replied to Tonto Dikeh’s new allegation following the leak of her assault video.

The Philanthropist through his lawyer, Kayode & Co wrote Tonto Dikeh’s counsel Festus Keyamo in a letter dated Wednesday October 25, 2017 that the video recorded by a 3rd party was leaked by controversial journalist Azuka Ogujuiba who recently accused Tonto Dikeh of lying to her in one of the interviews she granted when her marriage crashed. 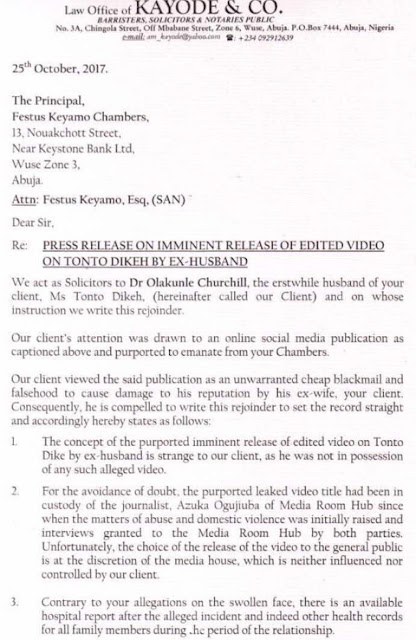 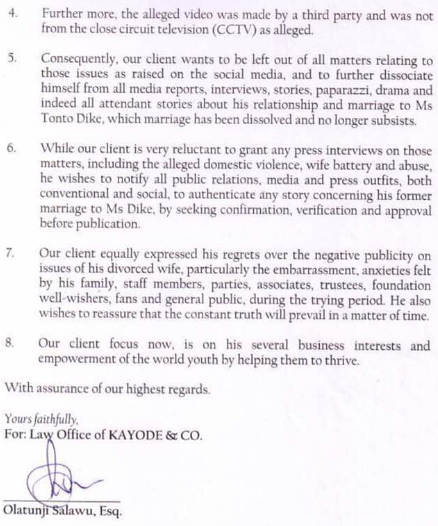 Azuka Ogujuiba and Tonto Dikeh have been battling each other on the social media before the video leaked.

She allegedly leaked the video to prove to fans of the Nollywood actress that the actress is not a saint as she is claiming.