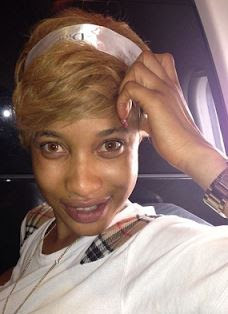 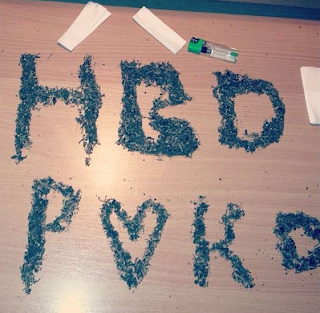 On Wednesday or so, Nollywood actress Tonto Dikeh shares a very controversial picture of Marijuana weed on her Instagram page and within hours, a photo of wrapped marijuana has been circulating the web.

Apparently a fan used some form of herb to write HBD POKO to Tonto Dikeh. She found the photo exciting so she uploaded it on her profile.

The photo has a cigarette lighter and a marijuana weed wrapper beside it.

Some photoshop guru who plan to relay the exact picture wrapped the herb in a Marijuana paper and put Tonto Dikeh‘s picture beside it.

Few hours after the above controversy, Nigerian Drug enforcement agency, NDLEA warned that the actress might spend 15 years in jail if she is caught in possession of Marijuana.

Our attention has been drawn to the post quite frankly and I can tell you that action will be taken on it. The law is clear and NDLEA has been very clear on the issue. No one is permitted to sell, use, cultivate or encourage the use of Indian hemp in Nigeria. The weed is one of the banned narcotics in the country.

“NDLEA Act Section 14 (b) states that any person who conspires with, aids, abets, counsels, attempts to commit or is an accessory to any act or offence referred to in this act shall be guilty of an offence under this act and liable on conviction to be sentenced to imprisonment for a term not less than 15 years and not exceeding 25 years.Investigation has not started as of now but definitely, a step has to be taken on the matter. Ignorance of the law is not an excuse; so, it is obvious that the actress stands the risk of 15 years jail term. The appropriate department is meeting on the issue for necessary action.”

Scared by NDLEA threat, Nollywood actress Tonto Dikeh took to her Twitter page to bare her mind in order to avoid getting jailed.

Hear the poko babe in her own words below;

If you cannot find me holding a wrap of marijuana then you many want to slow down on your assumptions..
It is so easy the misconception that can come from a picture-the genius of technology (photo-shop etc)1

Personally, I have moved on to more significant things and I want you to join me!
Visit my instagram page and see if the original picture is the same as the ones being circulated
We want the truth to be nasty and spicy for our enjoyment, even if it is a pack of lies
The original pictures are there to see; but no! that is too boring to be the truth
Let’s put some thought to some of the things we write. Don’t just cut-and-paste!
The whole thing is falsified by people who just love to have fun at other’s expense
Just becos it is convenient for ppl to believe the lies still doesn’t make it the truth
If I said those words (Mi smoke gaja mi somke weed while my hatez smoke ma gossip I will stand by them but I didn’t
A fan wrote the words with herbs on my birthday and I replied “thank you #teampoko” Now how does someone else’s action become my crime
We should use our platforms to spread half-truths. 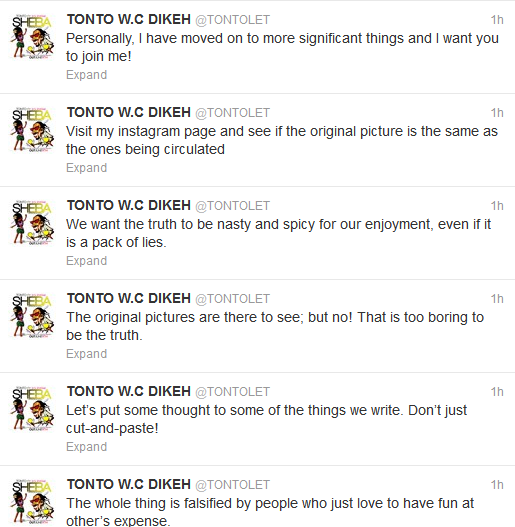 Chai! Tonto Dikeh is scared of going to jail.

I have never seen her this serious before.

She is now defending herself hours after NDLEA threat.