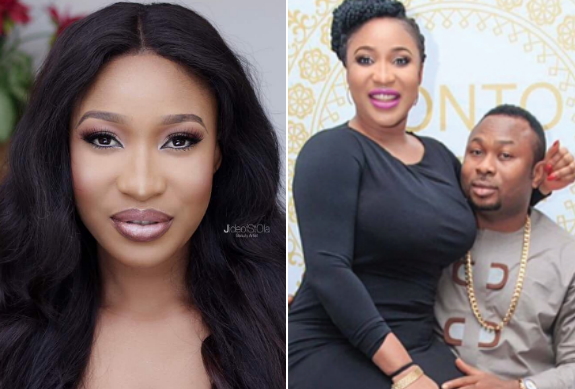 June 26, 2017 – “Give Us A Break” – Fans Tell Tonto Dikeh As She Claims Ex-Husband Olakunle Churchill Will Beg For Forgiveness

Nollywood actress Tonto Dikeh has become a glorified drama Queen since her marriage of less than one year hits the rock few months ago.

It seems fans and friends of the actress are already tired of the whole drama her marriage crash is generating.

In a recent chat with House of Maliq, the actress revealed that her estranged hubby will soon come to seek for her forgiveness.  She also affirmed the love she has for him and how she wanted the marriage to work by saying “I love him and I wanted it to work”.

The above statement stirred up mixed reactions from fans who believe the actress is getting ready for another drama.

Many advised her to stop using her marital problem to gain popularity and seek privacy for her son while others believe the actress is just stirring up unnecessary drama.

Check out her fans reactions: 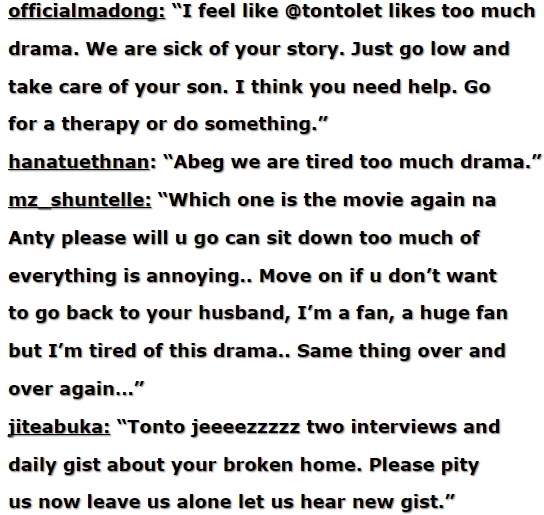 Contrary to Tonto Dikeh’s claim, her husband through his representative few days ago announced plan to annul their marriage.

Evans: Canada Denied Me Visa, I Pushed My Girlfriend Out Of Speeding Car For Setting Me Up
ATM Wife Laide Bakare Returns To Nigeria From US, Releases New Photos