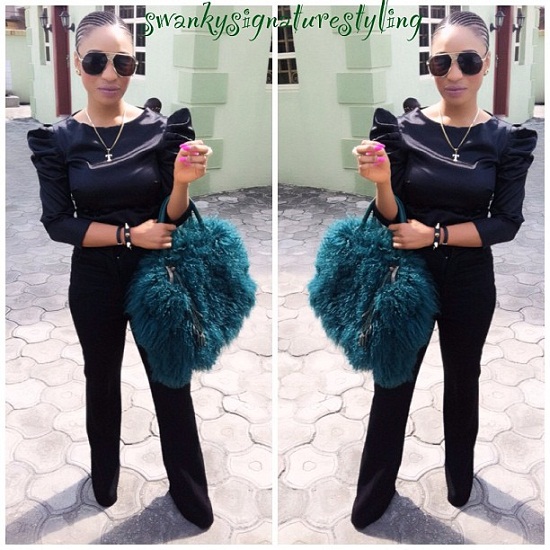 This suicide or depression story has given Nollywood actress Tonto Dikeh another chance to climb the ladder of success following a slight career problem.

The actress who claimed she almost killed herself has now received tons of interview requests from media houses and radio stations in Nigeria.

This is what Tontolet wore to CoolFM for a radio interview today.

Could it be true?