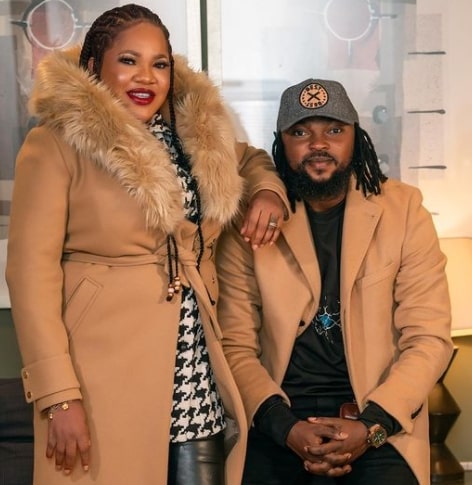 The husband of Nollywood actress Toyin Abraham has revealed that he has no problem with his wife being wealthier than him.

In his chat with a top media house in Lagos, the father of two cleared some misconception about his marriage to Toyin.

According to him, God is the one who owns money and fame and he gives freely to whoever. Whether he is the one who is more popular or rich, it is no big deal.

Ajeyemi revealed that the two of them are popular and rich and even if his wife is richer than him, at the end of the day, it is an advantage. As they will be able to assist each other with their wealth.

He added that he is doing well for himself because he has a business and he also has a very large farm. His wife, Toyin is also doing well too and he has never for once wished her down fall. He stressed that he was not brought up that way and he will continue to pray for her upliftment.

Also speaking about their age difference, Kola made it known that he is older than his wife.