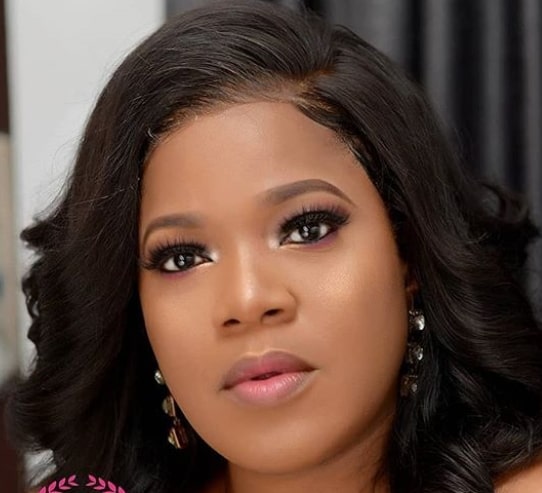 Top Nollywood actress Toyin Abraham has joined the leagues of celebrities blaming the social media for many social problems in the society in the 21st century.

In the short post, the actress blamed the emergence of the social media for betrayals, depression and lack of sincerity among friends, colleagues and family members.

According to the controversial actress, the social media has taken over the place of honesty and true bonding.

“21st Century, the generation that doesn’t want real relationship. We want that social media relationship that everyone can like and comment on. True bonding are very hard now because, we now converse via DM, Ping, WhatsApp etc and epistle is our new way of expressing our feelings or appreciating people.

A lot of relationship has died because we now have better relationship with our phones than with people. We invest more time into our Instagram profile than we do with our lives. We celebrate our friends/family’s birthdays without knowing how the 365 days that lead up to them was.

Family meetings are now been held via Video calls and WhatsApp group conversations. People come to social media to write a long epistle for eachother, claiming WORLD’S BEST for them. When in actual sense, they know they are nothing close to COMMUNITY’S BEST and their intentions are not to filter them as good, but to impress social media audience.

There’s no relationship without social media anymore and that’s why relationships are no longer sincere; everything is now for the gram. We’ve forgotten that, the best thing to hold on to in life is each other and that’s one of the reasons why depression is getting common.

We’ve built a wall around ourselves against our family and love ones. We share our burdens with riddles on social media instead of talking it out with someone. It has worsen to the extent that, someone about to commit suicide will take to Instagram story to write their suicide note.

I understand it’s hard to find a trustworthy person these days but you still have to trust someone! If you trust them and they betrayed your trust, then it’s not your problem anymore it’s theirs. Let them live the rest of their life with the burden of betrayal.

The best place to lean on is each other’s shoulders.

Don’t let social media steal your love ones from you cuz NOTHING CAN SAVE US FROM DEATH BUT LOVE COULD AT LEAST SAVE US FROM LIFE”.