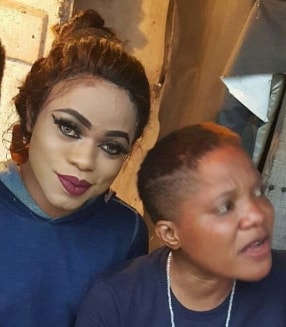 Critics of openly gay prostitute Bobrisky have started blaming Toyin Abraham for featuring such a controversial character in her latest movie.

The movie titled The Ghost and The Tout stars Idris Okunneye(Bobrisky) and many others.

A Nollywood source who revealed this to NG at a function yesterday said the movie producer has done more harm than good for featuring the cross dresser with a chatterbox personality in her over N10million movie. 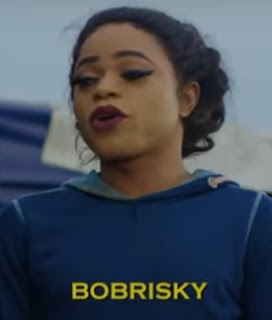 The source said most of the colleagues of the actress disliked the movie because of Bobrisky’s appearance while some who have kids have vowed not to take their kids to the cinema to watch a gay perform. #badmarket thingz