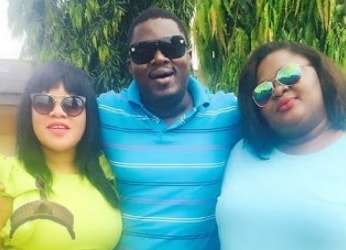 Toyin Aimakhu has been dragged furiously by her rival, Eniola Badmus for allegedly stealing the concept of her movie, Ghetto Bred to produce her latest film, the Ghost and the tout.

Eniola Badmus called Toyin out earlier today on Instagram for allegedly taking her for granted after stealing her creativity and hard work.

Although she didn’t mention any name, she however emphasized that no one can produce a Ghetto movie like her.

Eniola who seems to have watched the trailer of Toyin Aimakhu’s Ghost and tout movie where she(Toyin) was referred to as Pure Ghetto Bred fired back furiously and accused the actress of sugarcoating her idea to make her new movie.

However, fans of Toyin didn’t take the allegation lightly, they have started raining insult in large numbers at Eniola to shut her up.