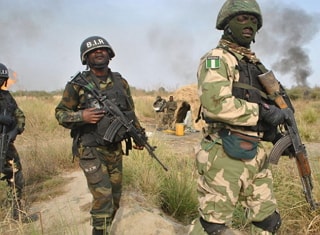 The army today said that troops of operation Lafiya Dole have killed three Boko Haram members during a gun duel in Borno State.

He said: “Troops of 28 Brigade on operation Lafiya Dole on 11 April 2018 while on clearance patrol in conjunction with hunters and vigilantes to Jaje Borno State had an encounter with some Boko Haram terrorists.

“Three members of the Boko Haram sect were neutralized during the exchange of fire.

“The public are advised to always be vigilant and report any suspected movements to the security agency.